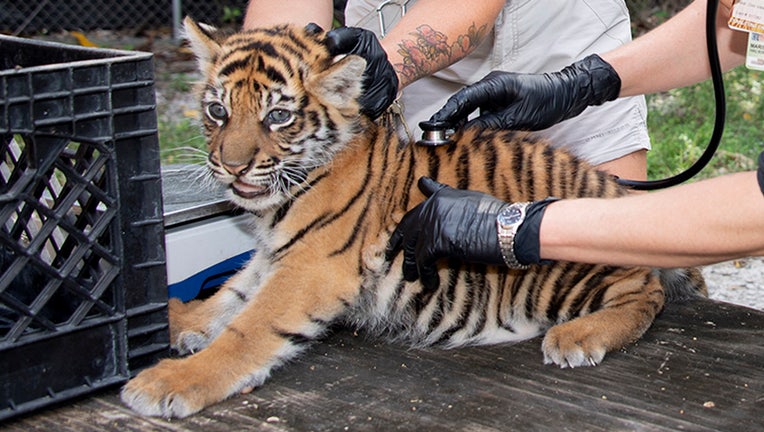 Zoo Miami said the female cub was born on Jan. 5 to 12-year-old father "Berani" and 9-year-old "Leeloo," who is described as a "particularly nervous and protective mother." Zookeepers said for that reason, they took extra precautions to isolate the new mom and her cub to reduce stress.

Veterinarians didn't examine the baby tiger until March 3 to allow sufficient time for the mother and cub to develop a bond without interruption. 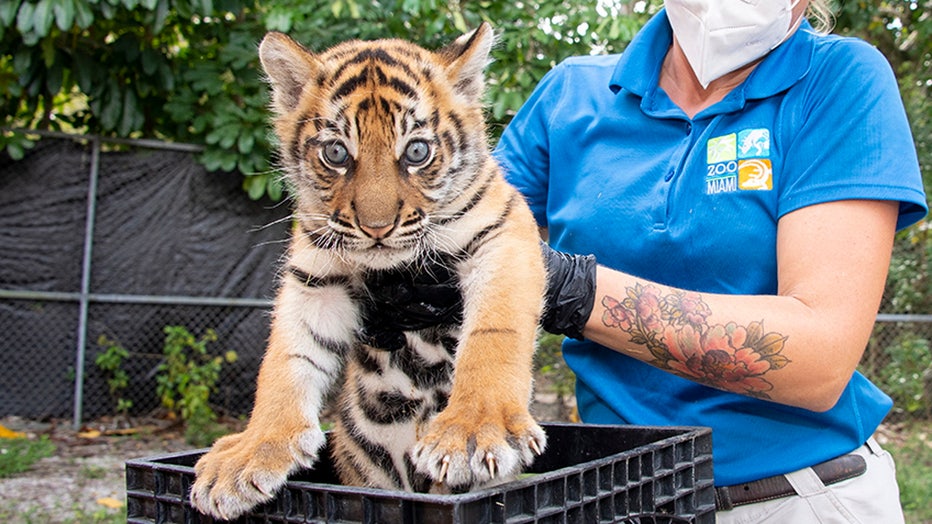 The still-unnamed cub is estimated to have weighed about 3 pounds at birth, but has grown rapidly since and now weighs over 14 pounds.

During her first neonatal exam, the cub received her first set of vaccines and a microchip.

It's the second cub for Leeloo and Zoo Miami, and believed to be the only Sumatran tiger born in the US since 2019. 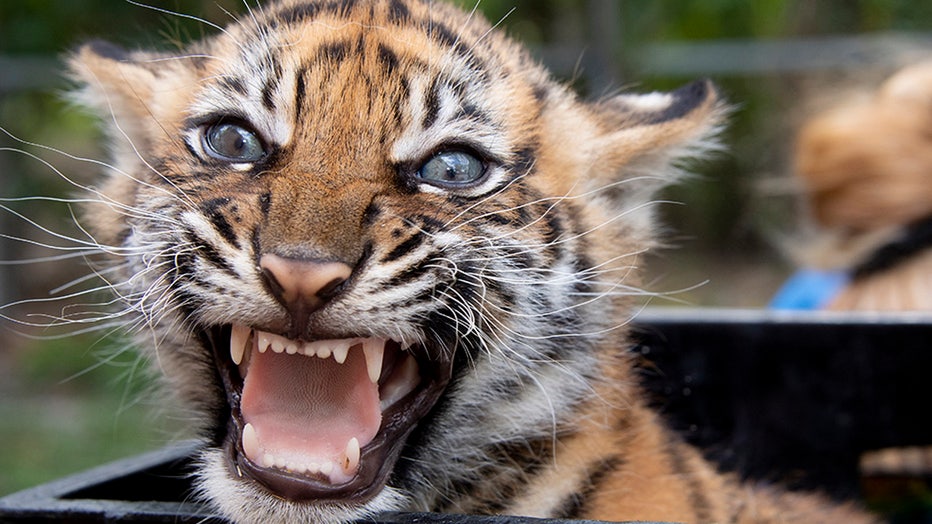 There are just 72 Sumatran tigers living in US zoos, and less than 500 left in the wild.

Sumatran tigers can be found in forested areas on the island of Sumatra in Indonesia, where they face threats of poaching and habitat loss to palm oil plantations. 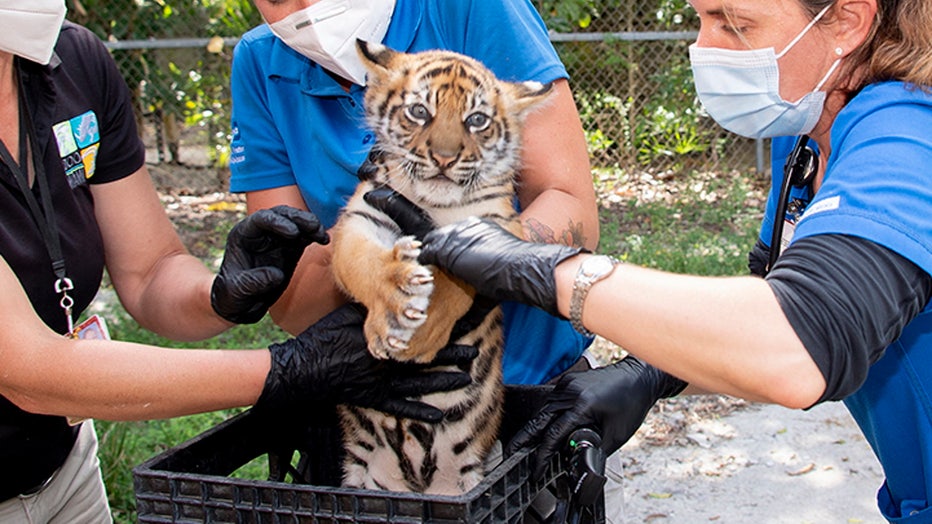 "Though the cub as made it through the most critical time of her young life and she appears to be developing well, she will remain in seclusion with her mother for an as of yet undetermined amount of time before making her public debut to ensure they are well established," the zoo said in a statement.

There will be an official naming contest for the cub as part of a fundraising campaign to support anti-poaching efforts overseas. The contest will begin on March 29 on Zoo Miami's Facebook page, and will conclude on May 2.