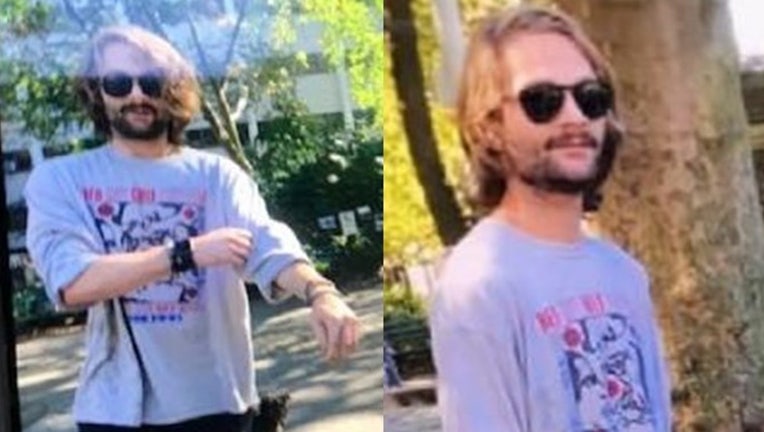 Police released these photos of a man accused of attacking an 11-year-old girl in a Manhattan park.

NEW YORK - Police in New York were looking for a man who attacked an 11-year-old girl who was in a Manhattan dog park with her classmates at lunchtime.

The NYPD says it happened around noon on Wednesday in Stuyvesant Square at Perlman Place and E. 16th. St.

When the girl attempted to fight back, he grabbed her by her hair and punched her on the left side of her face. He also wrapped his hands around her neck and applied pressure.

Another classmate at the park, a 15-year-old boy, tried to intervene when he saw the girl being assaulted. The attacker then hit him and then took off.

EMS took the girl to Mt. Sinai Beth Israel in stable condition.  The 15-year-old male had minor injuries and EMS treated him at the scene.

The NYPD released photos of the suspect.  He is described as light-skinned, approximately 25-35 years of age, with facial hair and shoulder-length blonde hair.  He was last seen wearing a gray long sleeve shirt, black pants, black sneakers, and sunglasses.