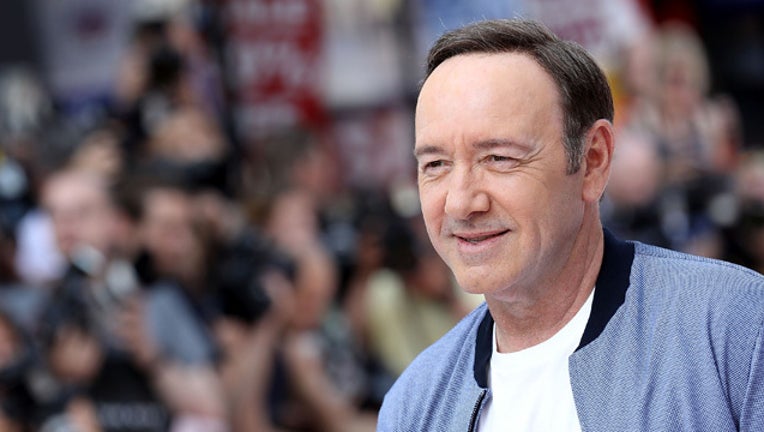 BOSTON (AP) - A Massachusetts man who says he was groped by Kevin Spacey at a Nantucket restaurant in 2016 caught part of his encounter with the actor on video, according to court records.

The then 18-year-old man sent a video via Snapchat to his girlfriend that allegedly showed Spacey touching the front of his pants, according to a state police report filed in Nantucket District Court and obtained by the Cape Cod Times .

Spacey's lawyers said at a show-cause hearing last week the video shows someone's hand touching another person's shirt, but does not show anyone being groped, according to The Boston Globe , which obtained an audio recording of the hearing.

Spacey, 59, faces arraignment Jan. 7 on a charge of indecent assault and battery.

The case came to light in November 2017 when former Boston news anchor Heather Unruh announced that Spacey had groped her son.

In trying to get a court clerk magistrate to rule there wasn't enough evidence for Spacey to be charged, Los Angeles-based attorney Alan Jackson pointed out that Unruh's son did not report the allegations to police right way, lied about his age saying he was 23, and said he was so intoxicated he may have blacked out shortly after Spacey allegedly groped him. Jackson also said Unruh's son made no effort to move away from Spacey.

Unruh said in a news conference last year that her son didn't go to authorities sooner because of fear and embarrassment.

The alleged victim told police that it was hard to move away in the crowded restaurant, where he worked as a bus boy but was off duty at the time.

Neither Spacey nor his lawyers have addressed the allegation publicly, but Spacey did release a video Monday in the voice of Frank Underwood, his character on Netflix's "House of Cards" in which he said, "I'm certainly not going to pay the price for the thing I didn't do."

It was unclear whether he was addressing the criminal charge.

If convicted, Spacey faces up to five years in prison.