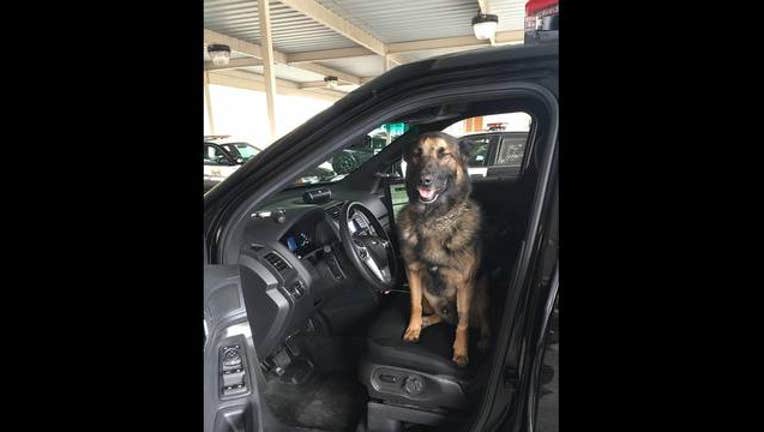 CONCORD, Calif. (KTVU) - A Concord Police dog stabbed while on duty, is back on the job.

The suspect was fatally shot by a Concord police officer after the suspect allegedly attacked another man with a hatchet and stabbed the K-9 named Jelle, a police spokesman said.

The incident occurred on October 11.

Authorities said Dominick Musulman, 30, of Antioch, died at a local hospital after the incident.

Police said Musulman and the stabbing victim were acquaintances. A motive for the stabbing attack was not immediately released.

Police said the officers who responded to the incident have both been on the force at least 10 years. A female officer has been on the force for 10 years and her partner has 15 years of experience, police said. Their identities were not immediate released.

The officers have been placed on routine administrative leave while prosecutors review the incident.

Concord police announced Tuesday that Jelle has healed and is back on the street.