Community leaders speak about the importance of social distancing after a massive block party in DeLand.

DELAND, Fla. - Minority community leaders announced that a new coronavirus testing site is coming to Spring Hill where a massive block party was held that brought out thousands of people last weekend. The event sparked a debate over whether the response from local law enforcement was warranted or racially motivated.

"Something that started as a simple family gathering turned into a major crowd," said Ida Wright with the Volusia County School Board. "For us, we were very concerned because of COVID-19."

Wright stated that African-American communities are almost three times more likely to pass away than any other demographic if they contract the disease. She said she spoke to the organizers of the party, which was intended to be a much smaller gathering to remember someone who had passed away, but the event had got out of hand.

“With that being said, we are happy to announce here in Spring Hill, we have a testing site that will be open from 9 a.m. to 1 p.m.,” Wright said. “The first 200 guests who walk up, drive-in can be tested. There’s no age limit and you do not have to have any preexisting conditions or any current issues."

The new testing site will be open Thursday, Friday, and Saturday.

Wright also reminded young people in the community that as hard as it is to keep social distancing, residents must keep obeying the guidelines.

Sheriff Mike Chitwood said that moving forward he wants law enforcement and the community to work together to keep residents safe during the pandemic.

"I think every one of us here, our common goal is to leave it better than we found it."

Multiple people were arrested and several deputies were hurt on Saturday night after around 3,000 people showed up to the block party, disregarding any social distancing guidelines, according to the Volusia County Sheriff's Office.

Officials added that some deputies were punched while others were hit with mason jars, cups, and even a bar stool.

"Please be mindful that we are still in a pandemic and we must continue to focus on preventive measures to protect ourselves and family members from the spread of COVID-19. The blockage of streets and roads is unacceptable behavior, without proper permits, and licenses to do so. As we approach the Memorial Day weekend, we want to remind all citizens to remain limited in public activities and gatherings." 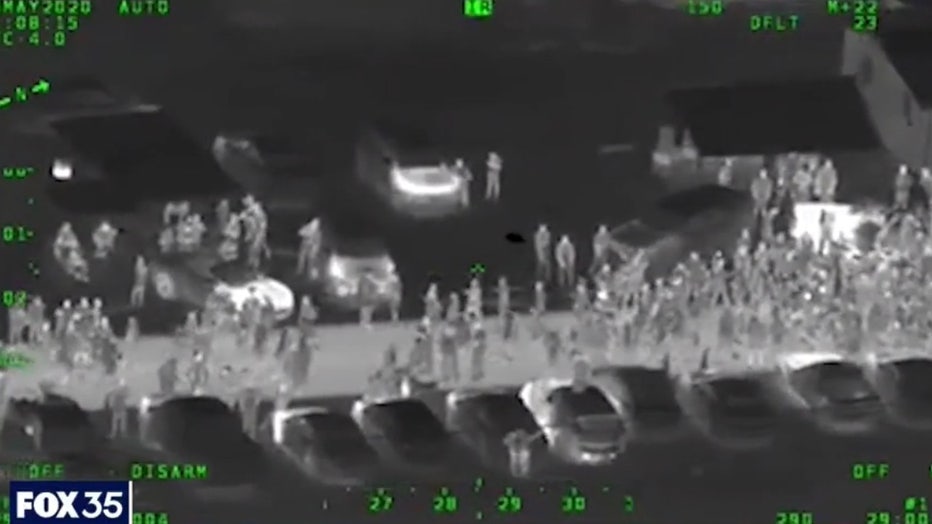