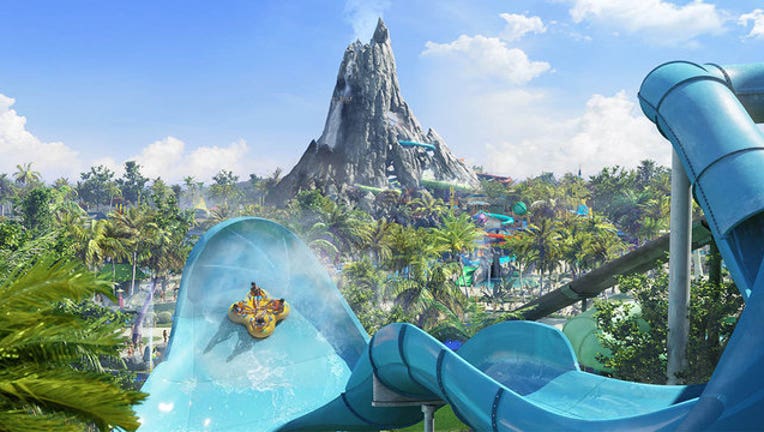 ORLANDO, Fla. - Water parks across the state are closed due to cold temperatures.

A major front entered Florida on Saturday morning, bringing along severe weather that caused damage in Volusia and Lake County. Cooler air followed after skies cleared up, dropping temperatures into the 30s and 40s by Saturday night and into Sunday morning. This cooler air will stick around well into the first official work week of 2020, as warmer air is not expected until Thursday.

Temperatures drop into the 30s, 40s across Central Florida, expected to continue for several days

Cold temperatures are expected to stick around well into the first official work week of the new year.

With the cooler temperatures, several water parks across Central Florida announced that they will be closed.

For instance, Volcano Bay at Universal Orlando Resort was closed on Sunday and will reportedly also be closed on Monday.

SeaWorld Orlando's Aquatica was closed all day on Sunday as well. They have not yet announced a closure for Monday.

Typhoon Lagoon at Walt Disney World announced that they will be closed on Sunday and Monday.

MORE NEWS: SeaWorld Orlando is giving free admission to children 5 and under

Further closures could be expected throughout the week, as it is not expected to warm up until the latter half of the week.

Download the FOX 35 Weather App for the latest on the weather in Central Florida, including live radar and daily forecast reports.