Quick facts about hearing in the US

Here are some quick statistics from the National Institute of Health on Americans and the ability to hear.

For many, CODA — the acronym for children of deaf adults — may have been an unfamiliar term until the movie of the same name snagged the crown jewel at this year’s Oscars.

The movie is a tender, coming-of-age tale about the only hearing member in a deaf family. It stars a trio of actors who are deaf, while offering an authentic depiction of Deaf life. For many in that community, the best picture Oscar win provides an unprecedented feeling of affirmation, while offering a measure of Hollywood’s recent progress.

Growing up as CODA

Before being a CODA, children of deaf parents who are under 18 years old are sometimes referred to as KODA — kids of deaf adults.

That was the case with Linnea Chahayed of Los Angeles. She and her sister have the ability to hear but both of their parents are deaf.

"It was challenging, but also made me unique," the 26-year-old told FOX Television Stations. "I remember being embarrassed about it at school, but as I got older I found that friends were more interested in hearing my stories and wanted to learn ASL (American Sign Language)."

Chahayed said her first language was ASL, and it was the family’s main form of communication.

"Being a CODA came with a lot of responsibilities, which not many have at a young age," she continued. "Being misunderstood at times and living in two worlds where all the kids in school didn’t understand what it was like to live as a CODA." 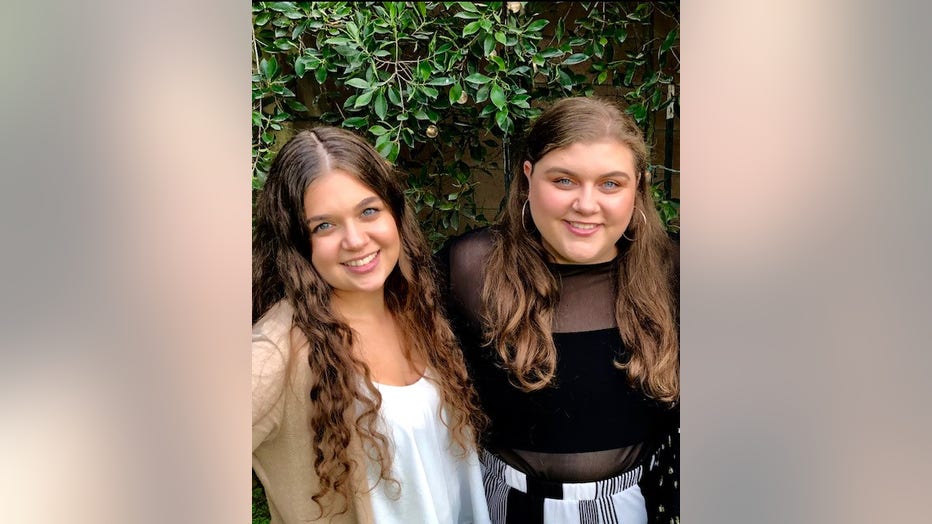 Linnea Chahayed and her sister, Monessa. They both have the ability to hear despite growing up with deaf parents. (Credit: Lisa Hermatz)

Other CODAs have shared similar experiences.

Matt Zatko, 49, an attorney who lives in western Pennsylvania, remembers spending a lot of time as a kid helping his dad, who was deaf and worked as a painter and a wallpaper hanger.

"I remember answering the phone from people who wanted him to do jobs and me talking with them and signing to my dad at the same time," Zatko said. "It was our lives. It’s what we did. But to see someone make a movie of it ... I laughed. I cried."

Tony VonDolteren, who is Zatko’s cousin, also grew up with deaf parents. He lives in St. Augustine, Florida, and remembers his dad cheering for him at a baseball game.

"It was louder than most and off tone," said VonDolteren, 46, now the national youth director for Perfect Game, a scouting service for youth travel baseball. "It would startle you. And people are like, ‘Man, what’s wrong with that guy,’ until they find out my dad’s deaf."

But aside from the challenges, Chahayed said there are benefits to being CODA.

"The Deaf community is one that is so tight-knit and loving," she continued. "It felt like home whenever I got together with other Deaf families and other CODAs."

Being the "A" in CODA

Chahayed’s mother, Lisa Hermatz, said having daughters with the ability to hear wasn’t as life-changing as one might think. When she found out she was pregnant, she said she didn’t have a hope for if her children were either deaf or hearing because she knew she could adapt to both outcomes.

"It was really no different because I was raised in a family that could hear, and my two sisters, deaf," she told FOX Television Stations. "We already had a "blended" family and my two sisters have hearing daughters as well, who are all CODA, and I watched them grow up into amazing CODAs."

That’s not to say there weren’t challenges, such as making sure her daughters used sign language when they were together as a family so no one would be excluded from the conversation. 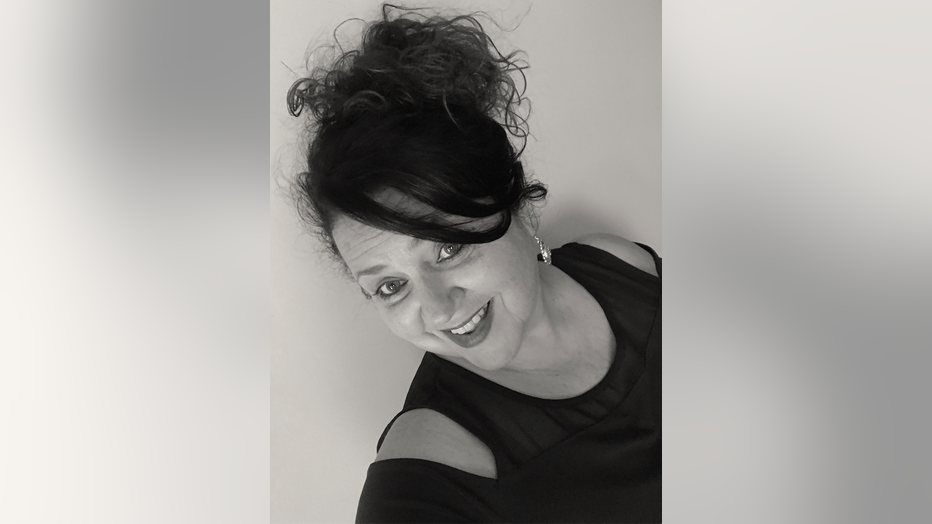 Hermatz also said KODAs or CODAs sometimes feel they must be the protector of their deaf parents.

"When our girls were much younger, age 5 or 6 ... in the summertime, we would leave our windows open through the night," she explained. "In the morning, we would find them closed and locked. It was then I realized that they were protecting us from potential intruders which we would not be able to hear."

There are other times when KODAs confront people who disrespect their deaf parents. Hermatz said one time her daughter was at a store and heard a sales associate making insulting remarks about her deaf father after interacting with him.

"She did not know whether she should tell her dad what he just said in fear of him going to trash him, or, speaking up and calling him out but was too big for someone her size," the mother continued. "She would then internalize this abuse."

Hermatz is currently an ASL instructor at four schools in the Los Angeles area. She also helps run KODAWest, a nonprofit dedicated to children whose parents are deaf by providing support and resources while also working with the parents.

She also shared her challenges of growing up deaf, along with her two sisters who couldn’t hear. She was raised in Michigan with strict oral programs until she went to college at the National Technical Institute of the Deaf [NTID] at the Rochester Institute of Technology [RIT], where ASL was used as the primary mode of communication and instruction in the classroom. 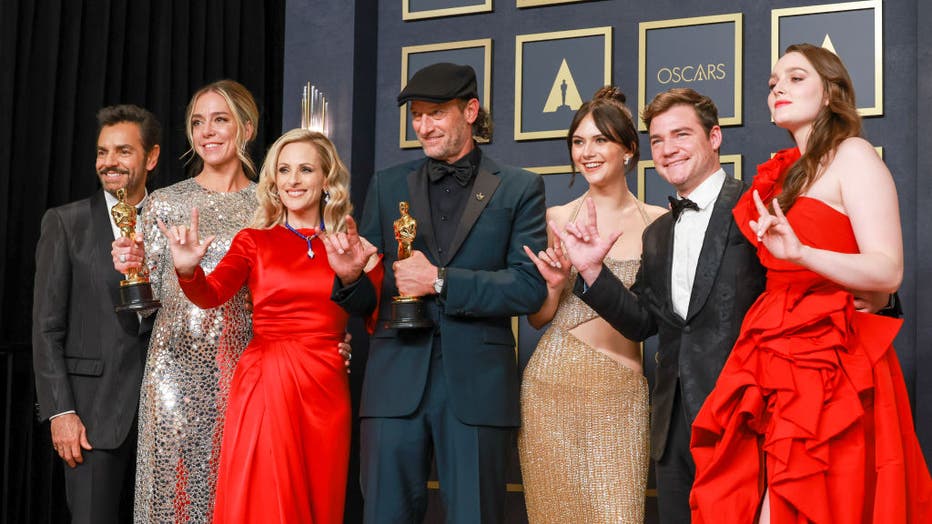 How "CODA" gives new voice to the Deaf community

"CODA" was the first film that "allowed Deaf people to be normal, hard-working individuals trying to raise a family, and navigate the world," said William Millios, who is deaf and works in freelance videography and web development in Montpelier, Vermont.

"It showed their very real frustrations, without making them into pitiable objects that needed to be saved," the 56-year-old added.

The film won two other Oscars. Troy Kotsur won best supporting actor to become the first male deaf actor to win an Oscar, and only the second deaf actor to do so, joining his "CODA" co-star Marlee Matlin. The film also won for best adapted screenplay.

Hermatz said the movie’s popularity is helping to break down stereotypes.

"We should never be standardized or compartmentalized as one whole, based on the one Deaf person you meet," she continued. "We are just as diverse as the hearing community."

"I think that it will give recognition to the Deaf community and show that they are just as capable of success as anyone else," Chahayed added.

"I think this proves to the dominate hearing society and Hollywood who holds so much power that the lived experiences of deaf/CODA people is diverse and that our stories are worthy and that deaf people are just like everyone else and can carry a film, act, direct, write and sing in sign language," Molly Bowen, camp director for KODAWest, told FOX Television Stations.

But given the movie’s accolades, many in the Deaf community says more work needs to be done.

"One thing that we do not have yet is a strength in numbers," Robert B. Weinstock of Galludet University said of Hollywood. "Not that many deaf people are involved in the industry at this time. There are not that many deaf roles in front of and behind the camera. ... So hopefully that will change." The school serves students who are deaf and hard of hearing.

"The biggest thing we need to do as a society is to stop being oppressive and learn to communicate with all walks of life," Bowen continued. "You can learn a lot by asking the question and following through on what you can do to be the change."