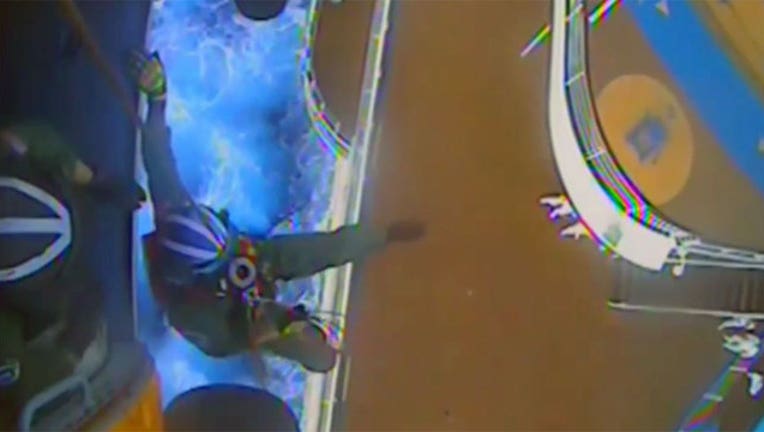 TAMPA (WOFL FOX 35) - The U.S. Coast Guard has released video of a helicopter airlift of a 74-year-old man on Monday off the coast of Florida.

The passenger was reportedly found unconscious on a cruise ship and revived by crew members.  Footage shows an MH-60T Jayhawk arriving on scene and lowering a crew member onto the ship.

The patient was airlifted on a stretcher into the chopper and brought to a hospital in Tampa.  He is reported in stable condition.