Customers can score free chicken nuggets at Chick-fil-A through Jan. 31.

ATLANTA - Chick-fil-A is giving away free chicken nuggets throughout the month of January as a thank you to its customers.

The company said it will give a free eight-count order of classic Chick-fil-A Nuggets to anyone who creates or signs into their Chick-fil-A One account on the restaurant chain’s mobile app.

The offer is valid between Jan. 13 and Jan. 31 and is redeemable in-store at participating restaurants, drive-thrus or by placing a mobile order on the app. 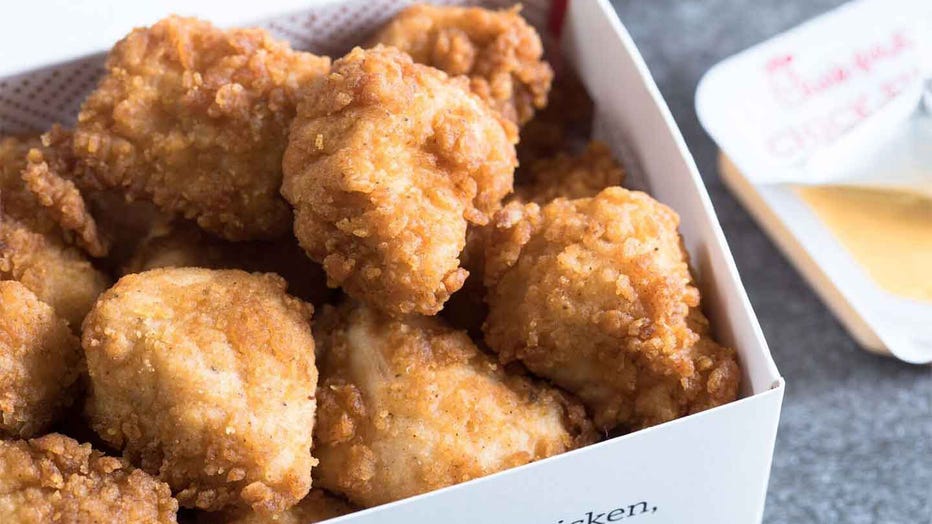 As a small “nugget” of appreciation, Chick-fil-A said customers can receive a free order of chicken nuggets via the company’s mobile app. (Photo credit: Chick-fil-A)

“Our customers are incredibly important to us, and this is one small way to thank them for their loyalty and introduce the perks of our app to new guests,” Kevin Purcer, director of customer digital experience at Chick-fil-A, said in a press release.

Chick-fil-A also said it will introduce a new Kale Crunch Side to its menus nationwide, featuring a blend of kale and cabbage tossed with apple cider and Dijon mustard vinaigrette and topped with almonds.

The new menu item was previously tested in several Chick-fil-A restaurants in Florida, Iowa and Texas — and will replace the Superfood Side with broccolini and dried sour cherries on the menu, the company said.

For those customers who aren’t chicken fans, they can also use the free nuggets offer for a complimentary Kale Crunch Side until Jan. 31.

With headquarters in Atlanta, the family-owned Chick-fil-A operates more than 2,500 restaurants across North America.