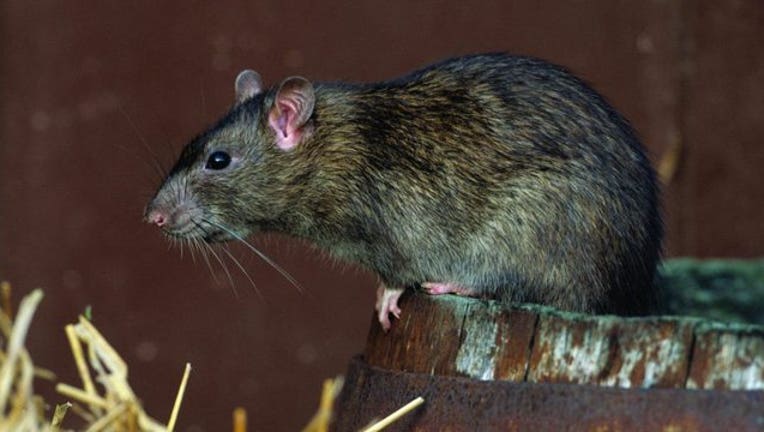 CHICAGO (FOX 32 News) - You may have already suspected it but now it's official - Chicago has received the dubious distinction of America's rattiest city.

Orkin released its annual list of the Top 50 Rattiest Cities in the United States on Monday and Chicago topped the list again. The Windy City previously ranked first in 2014.

The Midwest region had the greatest number of cities on the list, with 13 in the top 50 including Madison, Milwaukee, and Indianapolis.

Cities are ranked by the number of rodent treatments the company performed from October 1, 2015 and September 30, 2016. The ranking includes both residential and commercial treatments.

Chicago recently turned to using dry ice as a way to exterminate the rodents.

The city's Department of Streets and Sanitation launched a pilot program where crews place a spoonful of dry ice directly into a rodent burrow and then cover the hole. As the dry ice melts, it turns into carbon dioxide, suffocating the rodents.

Fall marks the start of rodent season. As the weather gets colder, unwanted pests like rats and mice seek out food, water and shelter to survive the winter.

“Just like we put on a warm coat and turn up the heat indoors, rodents look for a warm place to nest,” said John Kane, entomologist and Technical Director of Orkin’s Midwest Region. “Fall evenings as mild as those in the mid-50’s can send rodents indoors to search for warmth, where they can cause hundreds of dollars in damages to homes and businesses.”

Kane added that the vermin don't need much of an invitation to enter a home.

Once a rodent is inside, it can become an issue quickly. Rodents reproduce rapidly and like to chew on wood and electrical wires, which increases the risk of a fire in your home.

To help people avoid the health and safety risks that are possible with these pests, Orkin recommends the following tips to help prevent rodents around the home:

Inspect both inside and outside the home for rodent droppings, burrows and rub marks along baseboards and walls. The more quickly rodents are detected, the better.