ORLANDO, Fla. - Nana has weakened back to a tropical storm after barreling toward Belize and making landfall as a Category 1 hurricane.

Meanwhile, the National Hurricane Center (NHC) says the chances of development for two other systems in the Atlantic have increased.

On Thursday evening, the U.S. National Hurricane Center reported that the center of Nana would move over western Guatemala and southeastern Mexico before crossing into the Gulf of Tehuantepec on Friday.  The storm had maximum sustained winds of 35 mph. 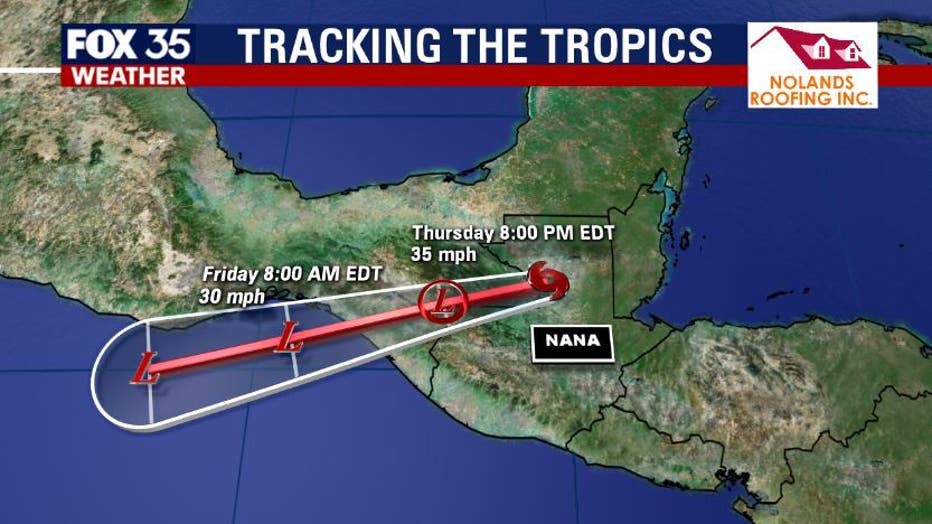 "Omar is moving toward the east near 14 mph and this general motion is expected to continue through tonight, accompanied by a decrease in forward speed," the NHC said. "A turn toward the east-northeast and northeast is expected Friday and Friday night."

Forecasters are also watching a broad area of low pressure located over the eastern tropical Atlantic several hundred miles west-southwest of the Cabo Verde Islands. The system has a 40 percent of developing over the next 5 days, according to the NHC.

Then there's a tropical wave located off the coast of west Africa that is merging with another disturbance located a couple of hundred miles south of the Cabo Verde Islands. The NHC says a tropical depression is more likely to form early next week over the central tropical Atlantic. They give it a 70-percent of developing over 5 days. 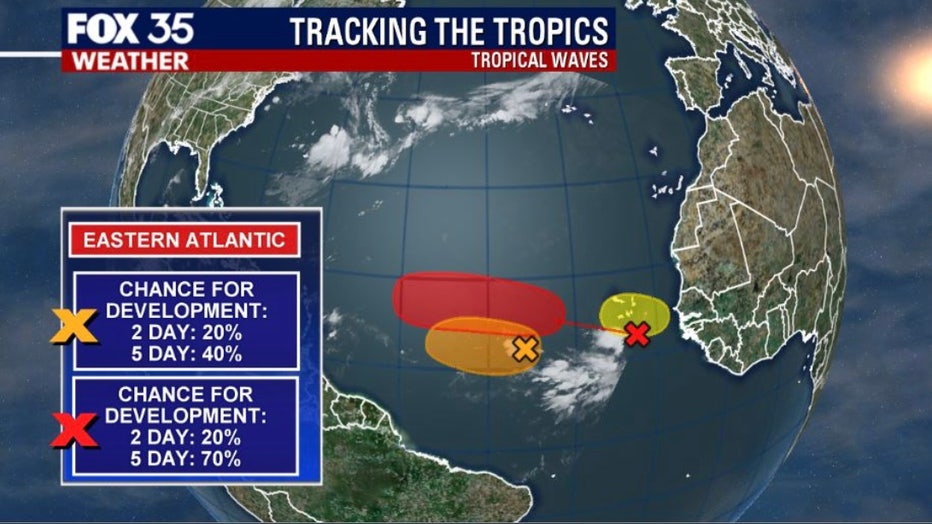