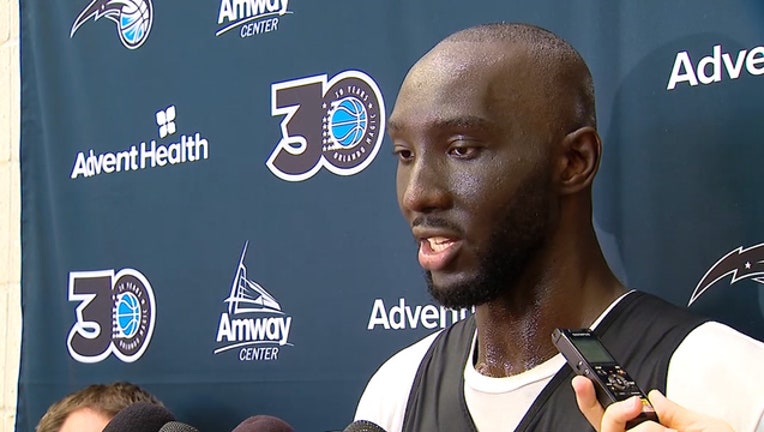 The Celtics cited an impressive impact that Fall had on the team's 2019 Summer League squad -- so much so, they decided to hold onto Fall and three other players, including Javonte Green, Max Strus and Tremont Waters.

The 2017 American Athletic Conference Defensive Player of the Year, a 2017 Defensive All-American, and a 2019 All-Conference honoree in The American, Fall left his mark on UCF. The 7-foot-6 center left as the program's all-time leader in blocked shots (280) and field goal percentage (.740).

Fall's 343 rebounds in 2016-17 were the most in single season in UCF's Division I history and his 887 career boards rank third all-time.

A four-year starter, Fall helped lead UCF back to the NCAA Tournament in 2019 for the first time since 2005 this past season, averaging 11.1 points and 7.6 rebounds per game. His 13-point, 18-rebound, 5-block performance propelled the Knights past VCU for the program's first win in the tournament.