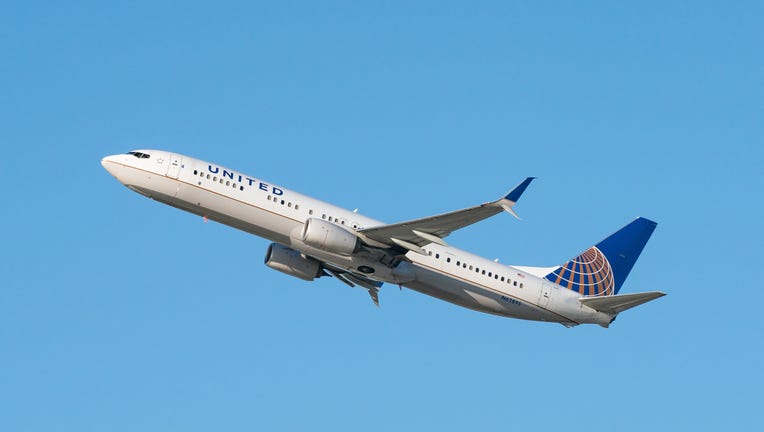 ORLANDO, Fla. - United Airlines has given information about other passengers to federal health officials after a man who possibly had coronavirus-like symptoms died shortly after being on a flight, the airline said Friday.

The coast-to-coast flight took off Monday from Orlando, Florida and was diverted to New Orleans because the man experienced a medical emergency on board.

The Centers for Disease Control and Prevention asked United for the passenger manifest so other passengers can be told that they might have been exposed to a disease, spokesman Charles Hobart said.

The passenger had filled out a form before the flight saying he had not tested positive for COVID-19 and had no symptoms of the disease caused by the novel coronavirus, according to the airline.

"It is apparent the passenger wrongly acknowledged this requirement," United said.

United said the CDC did not specify the man’s cause of death, and United does not know whether it was COVID-19. But, the airline said, the man’s wife was overheard telling an emergency medical technician that he had shown symptoms of the disease, including loss of taste and smell.

The CDC is collecting information to decide whether further public health action is appropriate, an agency spokesman said in a text message. "To protect the privacy of the individual, we aren’t providing this information to the public."

All four flight attendants were quarantined for two weeks once they arrived at Los Angeles, "per written guidelines," said Taylor Garland, spokeswoman for Association of Flight Attendants.

"Our union continues to provide support to the crew," Garland said. "We urge passengers to comply with airline COVID policies and stay home if you’re sick."

A woman who tweeted Monday night that she had overheard the man’s wife saying he had COVID-19 did not immediately respond to a request for comment from The Associated Press.

The plane was bound from Orlando, Florida, to Los Angeles, but made an emergency landing in New Orleans. The man was taken to a hospital where he was pronounced dead, according to the airline.

Hobart said United originally was told that he died from heart trouble, so passengers were allowed to stay on the plane and complete the flight to Los Angeles or take a later flight. The airline said all passengers stayed on the plane.

Watch FOX 35 News for the latest on the coronavirus.