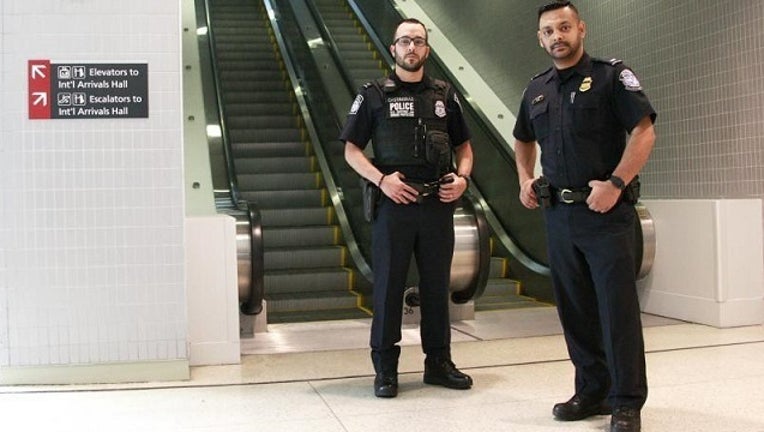 Two U.S. Customs and Border Protection officers came to the rescue Saturday when they encountered an unresponsive woman at Philadelphia International Airport. (Photo via CBP)

Around 5:15 p.m., Officers Luis Castineiras and Mohammed Sajib heard pleas for help at the bottom of an escalator in Terminal A. The officers rushed to the scene, where they discovered a 55-year-old woman who was not breathing and started turning blue.

The officers, along with a nearby woman who identified herself as a nurse, rendered CPR to revive the woman.

Philadelphia emergency medical technicians transported the woman to a local hospital for observation. According to CBP, the woman has since been treated and released.

“I am proud of Officers Castineiras and Sajib, said Joseph Martella, CBP’s Area Port Director for the Area Port of Philadelphia. "It comes as no surprise to me that they immediately rendered decisive life-saving measures when they encountered a woman in serious medical distress."

“We consistently retrain on basic life-saving skills throughout our careers, and though most of us may never have the need to exercise those skills, it is reassuring to know that when the bell rings, CBP officers can answer the call," Martella said.