Gambino, a ginger cat, is quickly gaining fame on social media for his unusual meow, a greeting which many claims sounds like a thick Southern accent.

Gambino, a ginger cat, is quickly gaining fame on social media for his unusual meow — which many claim sounds like he’s saying “Well, hi,” in a “thick Southern accent.”

In a video shared on Instagram, Gambino is seen running past another black-and-white cat, Tom, and hiding behind the refrigerator. As Gambino’s owner follows him, the orange-and-white tabby surprises with a unique meow before grooming himself.

The video has been viewed over 400,000 times on Instagram alone, but has reportedly gathered nearly 1.3 million views across various social media platforms.

Many of those users confirmed on Instagram that they distinctly heard the Southern-sounding greeting.

“Omg so cute. Well hi to you,” another wrote. 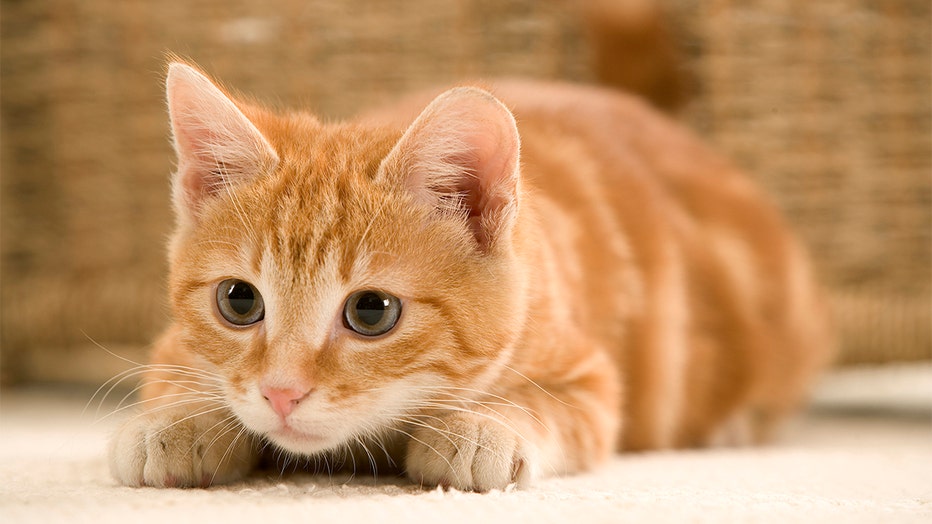 “Oh what manners you have,” another commented with a heart emoji.

“Gambino was a Southern [sic] in a previous life,” someone else wrote.

“I showed this video to my class of 2nd/3rd graders and they love it. We’ve been walking around all morning saying “Well, hi!” in our best cat voice,” another shared.

Gambino, who is seen wearing a pet track on his collar, was a stray until December 2014, when his new and current owners first brought him into their home, according to a Facebook post.