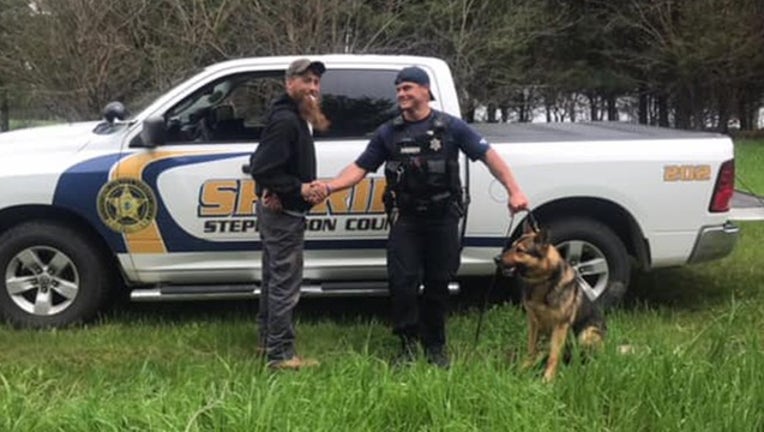 STEPHENSON COUNTY, Ill. (FOX 35 ORLANDO) - He may not be happy about going to jail, but at least a suspect is giving credit where credit is due.

According to the Winnebago County Sheriff's Department in Illinois, Deputy Metzler and his K-9 partner Cliff responded to call about tracking a suspect in Stephenson County. The suspect was wanted on two warrants, including one for domestic battery, and had fled the area on foot.

After tracking him for over 2 miles, K-9 Cliff was able to find the man, identified as 34-year-old Cody Saxby, and Deputy Metzler took him into custody.

Saxby was reportedly very impressed with the K-9's determination.

"Saxby was so impressed with Cliff’s track he congratulated Deputy Metzler by shaking hands for this photo," the sheriff's office wrote on Facebook.