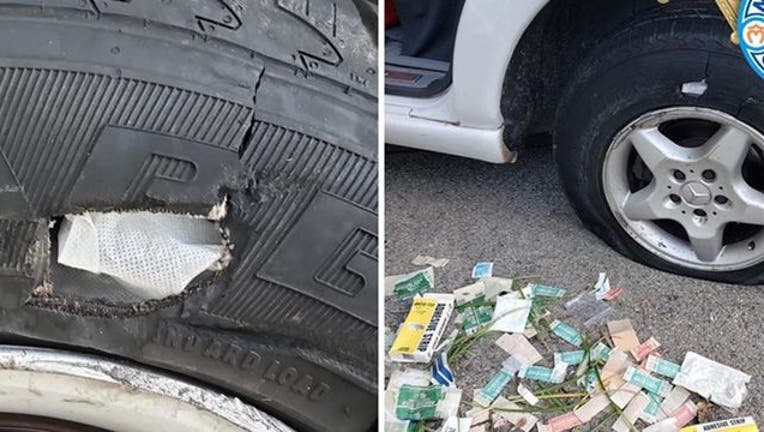 FOX NEWS - California cops say a case of creative car repair left them flat once they determined the man was no MacGyver-like mechanic but actually a drug-fueled novice trying to implement a half-baked fix.

Police in the Golden State arrested the man Tuesday morning after initially finding him trying to fix a pair of flat tires with Band-Aids and gauze.

The Mission Viejo Police Services with the Orange County Sheriff’s Department were dispatched to Barbadanes and Felipe Road at around 6 a.m. after receiving reports of a “suspicious man” in the area.

Once on the scene, responding deputies observed a 26-year-old male attempting to repair two flat tires on the driver’s side of his white SUV.

A closer inspection revealed the man was using Band-Aids and gauze to patch the flats, officials said.

Police say the suspect was arrested for being under the influence of drugs and booked into jail. His identity was not released.

“This is another great example of the teamwork between our alert community and your deputies!” authorities said in a Facebook post.

The identity of the driver was not immediately known.