General Motors is continuing down the path of electric vehicle innovation as it will begin production for its all-electric Cadillac Lyriq SUV this month. This will be Cadillac’s first electric vehicle.

A company spokesperson told FOX TV Stations GM will continue as planned to manufacture the 2023 Cadillac Lyriq Debut Edition on March 21 at its Tennessee plant and hopes to make deliveries in the next few months.

Last year, the automaker opened the reservations book for the Lyriq electric SUV and said it took just over 10 minutes to fill every spot. The reservations are nonbinding and require just a $100 refundable deposit, as has become the norm in the electric car world, but Cadillac previously said 200,000 people had "expressed interest" in the new model.

The rear-wheel-drive midsize SUV, which has an estimated range of 300 miles per charge, will begin selling at a starting price under $60,000 and GM expects to start accepting reservations for the model again in 2022. 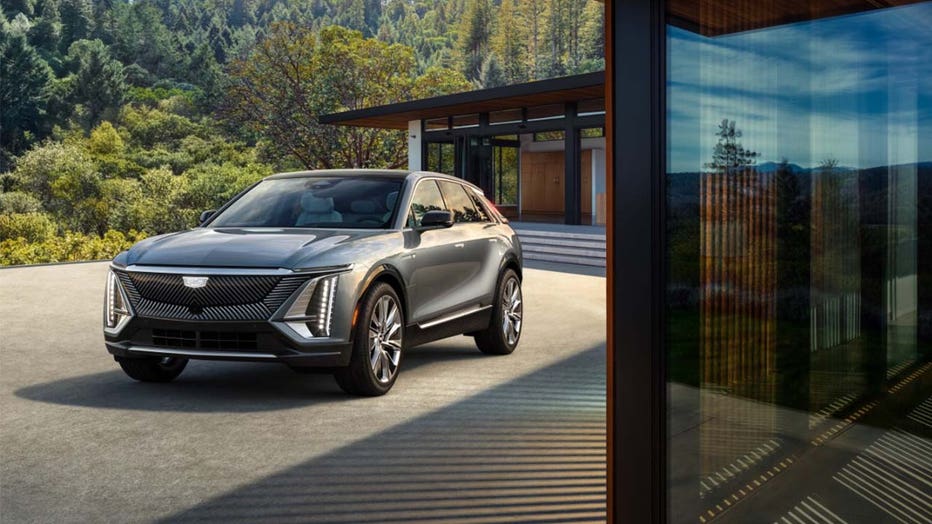 The Lyriq features 190-kW charging capability that can fill the battery with 76 miles worth of electricity in 10 minutes at a DC fast charging station and 195 miles in a half-hour. A 19.2 kW AC home charging module that’s good for 52 miles of charge in an hour is offered and quicker than any electric car on sale today can achieve.

The Lyriq will be built on GM's next-generation Ultium electric vehicle platform that will also be used for the GMC Hummer EV that goes on sale later this year. Similar to the Lyriq, reservations for the first year of Hummer production were spoken for in just an hour when they became available in October 2020.

The Ultium is a different technology than the battery pack used by the Chevrolet Bolts, which suffered a manufacturing defect by cell supplier LG that has led to at least 13 car fires. GM and LG say the problem has been solved and have started manufacturing replacement packs.

The Lyriq will also launch with the latest version of Cadillac’s Super Cruise driver aid system, which currently allows for hands-off driving on over 200,000 miles of highway and will be adding additional features in the coming years. Interior features include a 33-inch widescreen LED display.

Cadillac’s only previous plug-in models were the poorly received 2014 ELR hybrid compact coupe and 2018 CT6 Plug-In hybrid full-size sedan, which cost $76,000 each and could only go 37 miles and 31 miles, respectively, on battery power before their internal combustion engines kicked in. Fewer than 3,000 ELRs were sold in the United States over a three-year run before it was succeeded by the China-made CT6 in 2017, which was only offered in the U.S. for two model years. Cadillac never said how CT6 Plug-Ins were sold.

The midsize Lyriq is being positioned as more of a volume model that will compete in the largest luxury vehicle segment against internal combustion-engine models and electrics like the Audi E-Tron and Tesla Model X.

FOX Business and FOX News contributed to this report. This story was reported out of Los Angeles.