'Stanley' was born the day the Tampa Bay Lightning won their second Cup. It didn't take long to come up with his name.

TAMPA, Fla. - Tampa Bay not only has a famous cup named "Stanley," but a newborn giraffe has also claimed the name. It’s fitting, considering the Busch Gardens baby was born the night the Lightning won their back-to-back championship game.

The theme park made the announcement Tuesday, the day after the boat parade, saying they don’t mean to steal the Lightning’s "thunder," but the name was a "clear winner."

The team didn’t seem to mind.

Angel, now a first-time mom, gave birth to Stanley on July 7. Busch Gardens animal care staff said the two are bonding together behind the scenes.

"Once Stanley reaches key growth milestones, the pair will join the giraffe herd on Busch Gardens’ 65-acre Serengeti Plain, including Stanley’s grandmother, Cupid," according to the theme park.

For now, Lightning fans who visit the park can celebrate the team’s second Stanley Cup win with two free beer samples at the Garden Gate Café until July 31. 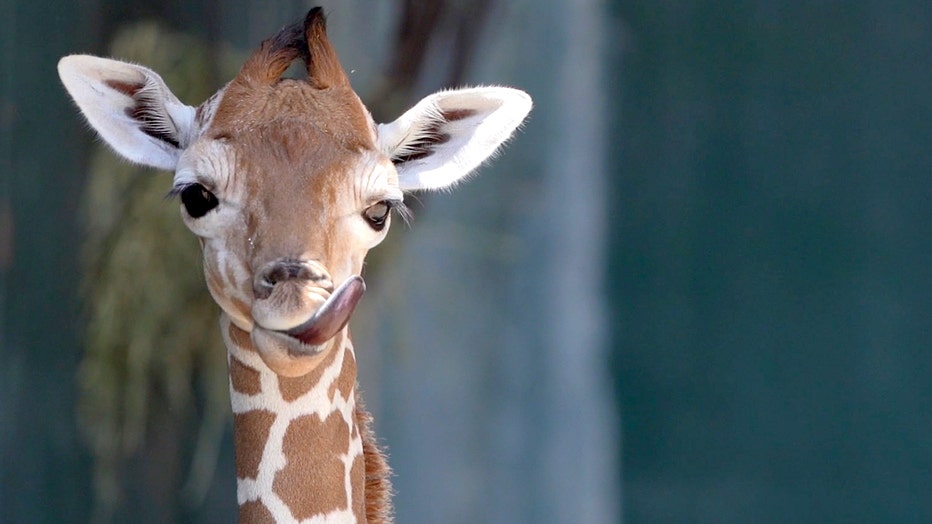