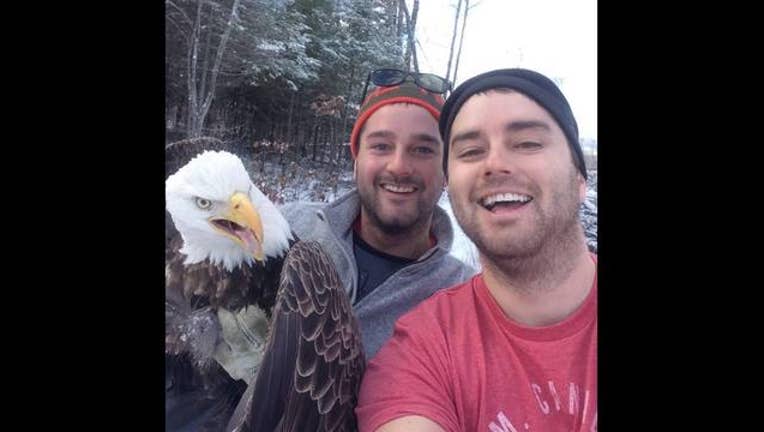 Source: Facebook | Michael (left) and Neil Fletcher pose with the bald eagle they rescued before setting it free.

And Selfie of the Year goes to ...  brothers Michael and Neil Fletcher.

The two were hunting in the Canadian woods when they found a bald eagle caught in a hunter’s trap.

Instead of letting it suffer there, they covered the bird and freed it.

"It was attached to a stake and the eagle was trying to fly up, but it only had a foot of slack in the chain," Michael told the Sudbury Star.

Michael put his hoodie over the eagle's head while they worked to release it from the trap.

"Me and my brother just kind of held onto it, and it calmed right down," he said.

Once the bird was free, they went to set it loose, but first ... they took a selfie to capture the unforgettable moment!

"I was surprised by the size, and that it's such a beautiful bird," said Michael. "When you see the eyes up close, they're really amazing."