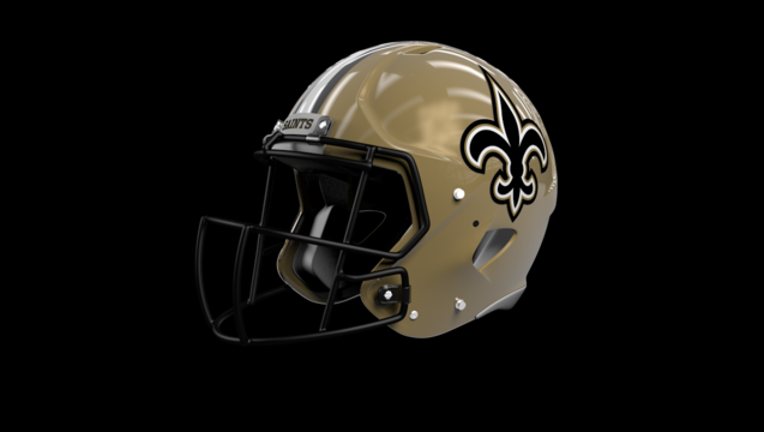 JACKSONVILLE, Fla. - Teddy Bridgewater probably should have had another multi-touchdown day for the New Orleans Saints.

He'll gladly settle for remaining unbeaten as the starter.

Bridgewater missed wide-open receivers Michael Thomas and Ted Ginn for would-be scores in the 13-6 victory Sunday, two of just a handful of mistakes for the backup quarterback.

Bridgewater was on target when it mattered most, connecting with Jared Cook for a 4-yard touchdown on a third-and-4 play early in the fourth quarter and improving to 4-0 in place of injured star Drew Brees.

"We had a couple struggles early in the game, but great teams always try to find a way to win each football game," Bridgewater said.

Bridgewater closed out the victory by gaining 2 yards on a quarterback sneak just after the two-minute warning.

Coming off a 300-yard, four-touchdown performance against Tampa Bay, Bridgewater was less effective against the Jaguars (2-4). But he did enough for New Orleans' defense, which turned Minshew Mania into mush.

The unit sacked Minshew twice, kept him from scrambling and took away his top target. Minshew completed 14 of 29 passes for 163 yards and an interception.

"I told our defense I felt like if they played eight quarters they were not going to score a touchdown today," coach Sean Payton said.

Bridgewater was considerably more efficient than Minshew, finishing 24 of 36 passing for 240 yards.

Running back Alvin Kamara was limited because of an ankle injury and left the game late after tweaking a knee. He finished with 31 yards on 11 carries to go along with seven catches for 35 yards.

Backup Latavius Murray added 44 yards on eight carries, most of it coming in the second half.

"We know that when we're out there playing it's going to take all 11 guys on the football field to win these football games," Bridgewater said.

The Saints (5-1), who play at Chicago next week, have won games a variety of ways since Brees went down with a thumb injury in Week 2. They beat Dallas and Jacksonville with defensive gems and outscored Seattle and Tampa Bay.

"Each week we just talk about how do we win that game," Payton said. "Honestly, in a week or two weeks from now, we're not going to look specifically to how we win certain games. Hopefully, we're going to learn and get better from how we won. The key is understanding wins in our league."

Bridgewater hasn't put the offense on his back. He hasn't had to, either.

But he's been fairly consistent and played mostly turnover-free football.

"I'm definitely getting comfortable just with all the guys," Bridgewater said. "We work extremely hard throughout the week just trying to continue to build that chemistry. ... It's good to just continue to get those guys involved and they help this team win football games."