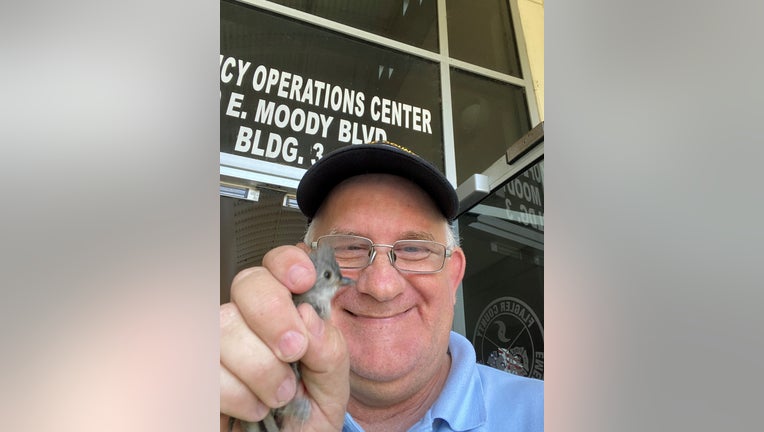 FLAGLER COUNTY, Fla. - A bird found its way into Flagler County's Emergency Services building and prompted one long-time employee to set it free.

A Tufted Titmouse was rescued after-hours on Friday from inside the building by Flagler County Emergency Management Specialist Bob Pickering.

In a news release, Pickering said, "Patience is the key. I had to wait until the end of the day so I could create a situation that would allow me to catch it." 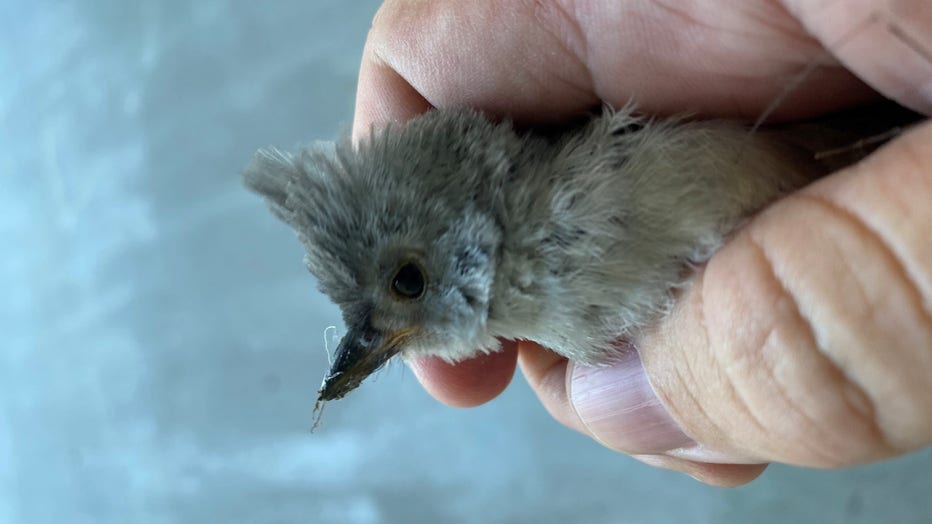 Pickering said the small gray bird spent most of the day inside the building in the upper ceiling of the lobby. Once everyone left for the day, Pickering said he turned off the lights and waited.

"He went to roost down low," he said, "which enabled me to safely capture and release the bird."

Pickering will be a 27-year employee with Flagler County come July.

He only worked one other job in his lifetime - an 11-year stint at Marineland.

In the news release, he said, "I worked hands-on with a variety of wildlife during my time there. You learn to be patient and wait."

According to www.allaboutbirds.org, the Tufted Titmouse is a year-round resident in Flagler County and much of the eastern United States.