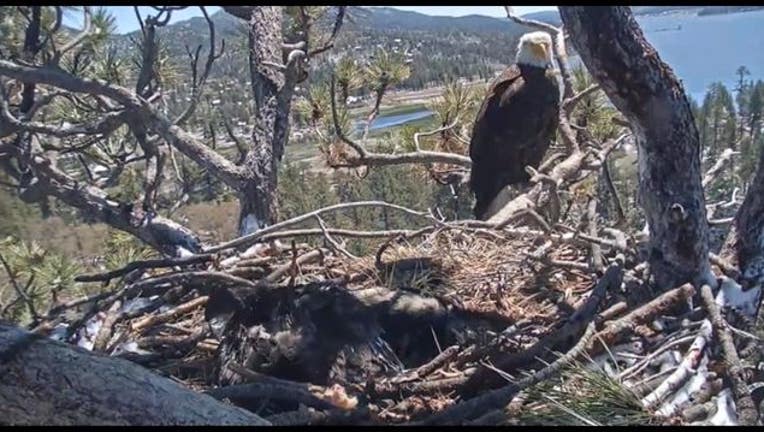 BIG BEAR, Calif. (FOX 11) - A bald eaglet that hatched just six weeks ago has died on Monday. The eaglet named "Cookie" was one of two eagles that thousands of people watched from the moment the mother bald eagle laid eggs.

The Friends of Big Bear Facebook page posted the news this morning, saying that the eaglet had looked weak and was losing energy, and with a recent rain, snow and cold temperatures, the feathers had gotten wet and the snow stuck to them, which may have caused hypothermia.

Last year, the mother eagle, Jackie, gave birth to two chicks Stormy and BBB, but unfortunately only Stormy survived the weather conditions. Unlike most of the eagles who are not tagged, Stormy was successfully banded at 8 weeks old and is able to be identified by the purple band around her ankle. She made worldwide fame thanks to the U.S. Forest Service press release about her survival.

You can still watch the live stream of the Big Bear Bald Eagle Nest Cam here: