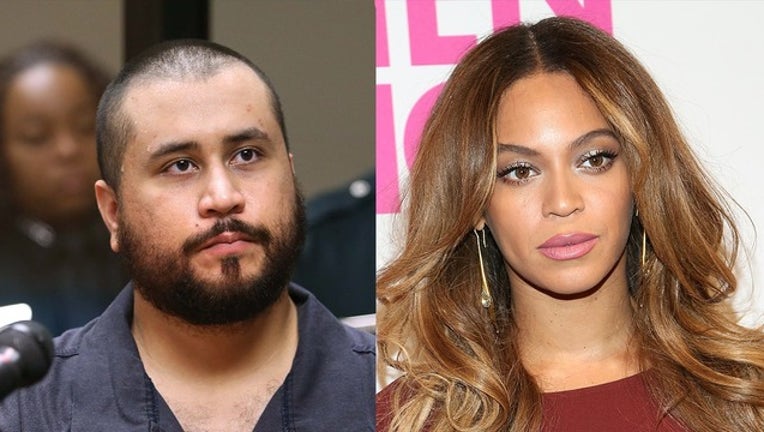 FOX NEWS - George Zimmerman is being accused of sending threatening texts aimed at Beyoncé and Jay-Z over the rap mogul’s new Trayvon Martin documentary, according to a report.

The neighborhood watch volunteer acquitted of fatally shooting the unarmed teen in 2012 called Jay-Z “a b----” and Beyoncé “a broke w----” in text messages to a private investigator, The Blast reported Friday.

“If I see either of them in my life, they’ll find themselves inside a 13-foot gator,” Zimmerman wrote when contacted by private investigator Dennis Warren for “Rest in Power: The Trayvon Martin Story,” the news outlet reported.