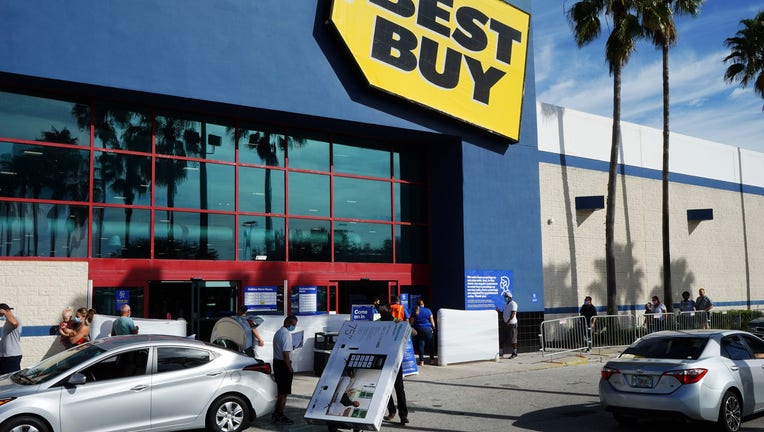 OAKLAND, Calif. - Best Buy laid off 5,000 full-time employees at its big box stores in February and plans to add 2,000 part-time workers as the pandemic has changed the way consumers shop.

On an earnings call Thursday, the electronics retailer said it’s making structural changes to meet enhanced digital demands as online sales account for 43% of domestic sales so far in 2021, up from 19 percent in the 2020 fiscal year.

The sharp increase forced the retailer to make operational changes. The company said it had too many full-time employees and began offering part-time roles to displaced full-time workers who were qualified.

"Decisions like these are never easy or taken lightly, but they position us to be more responsive and flexible as we continue to refine our operating model going forward in response to the incredibly rapid change in how customers want to shop with us," Best Buy said Friday in a news release

ICYMI: Shaq pays for family's laptop at Best Buy after giving condolences for his sister and Kobe Bryant

Last April, the electronics chain furloughed about 51,000 of its workers, including nearly all its part-time employees. Then in June, Best Buy began bringing workers back, and in August raised its starting wage to $15 an hour.

As for Best Buy, the company is softening the blow by offering severance packages to approximately 5,000 full-time employees. Details of the package were not provided and the company did not immediately reply to an inquiry by email.