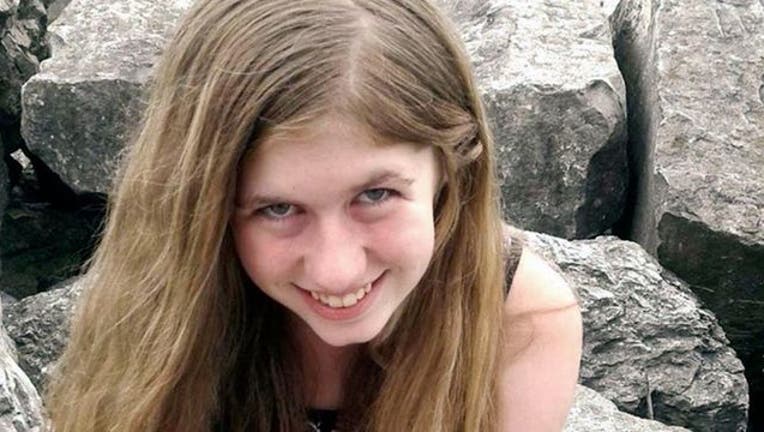 Jayme Closs, 13, has been missing since Monday, when her parents were found dead inside their Wisconsin home. (Barron County Sheriff's Office)

BARRON, Wis. (AP) — - The search for a missing 13-year-old Wisconsin girl whose parents were killed in the family's home was expanded Tuesday, with as many as 2,000 volunteers expected to take part in a grid search of the area.

The new ground search for Jayme Closs comes several days after an effort with 100 volunteers turned up nothing. Jayme has been missing since Oct. 15, when deputies responding to a 911 call found that someone had broken into the family's home in Barron and gunned down James and Denise Closs.

Authorities believe Jayme was abducted and have ruled her out as a suspect in her parents' deaths.

A long line of vehicles streamed into a staging area near Barron on Tuesday morning as volunteers gathered to begin the search for clues.

Barron County Sheriff Chris Fitzgerald said Monday that investigators had received more than 1,300 tips and have closed 1,100 of them. Some of the tips led to the decision to resume the ground search , he said, though he declined to elaborate. Authorities mapped the area by helicopter in preparation for Tuesday's search.

"We've determined we'd like to search a bigger search area based on information our investigators have collected," Fitzgerald said. "These tips have led us to this."

Investigators are searching for two cars — a red or orange Dodge Challenger and a black Ford Edge or black Acura MDX — that may have been near the Closs family's home on the night of the attack, Fitzgerald said. He didn't have information about the cars' license plates.

A few hundred people attended a vigil Monday night at the high school football field in Barron, a town of about 3,400 that is roughly 80 miles (130 kilometers) northeast of Minneapolis.

First Lutheran Church Pastor Ron Mathews told the crowd that hope has the power to move people beyond despair, fear and anxiety.

"Hope is the sure presence of peace in the midst of grief and deep sadness," Mathews said. Leaders from several churches were on hand to lead small group prayers and comfort a community on edge.