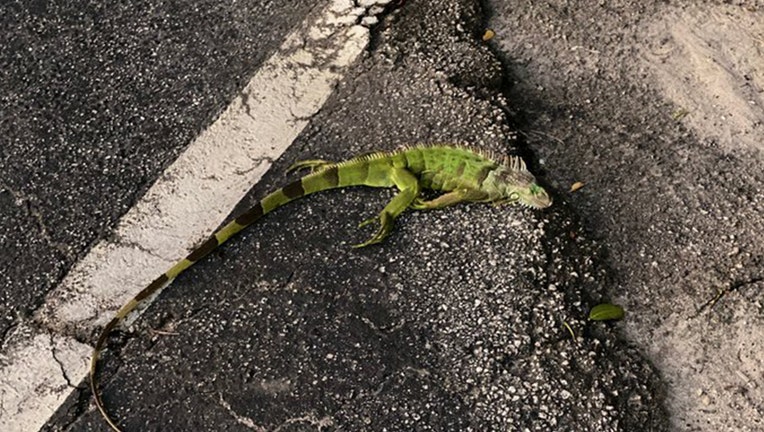 The NWS says residents should watch out on Wednesday night when temperatures drop into the 30s and 40s.

Because they're cold-blooded, iguana's bodies can stiffen up and fall out of trees, appearing to be dead. Once temperatures reach the 40s, they become immobile.

RELATED: Coldest air since early January on the way for Central Florida

If you happen to come across one, don't touch them. Eventually, they'll warm back up and won't be happy to see you.

According to the Florida Fish and Wildlife Conservation Commission, green iguanas are an invasive species and are not native to the Sunshine State.

They have caused damage to infrastructure, including seawalls and sidewalks, according to agencies in charge of managing the hundreds of miles of canals that channel water throughout South Florida