An 8-inch line used to fill and drain liquid hydrogen from the core stage and another line, known as the bleed line, which is used to redirect propellants during tanking operations were replaced this week.

Technicians are expected to reconnect the umbilical plates and perform inspections over the weekend before preparing for a tanking demonstration as soon as Saturday, Sept. 17. Engineers will then be able to check the new seals under cryogenic, or supercold, conditions – the same conditions expected on a launch day. 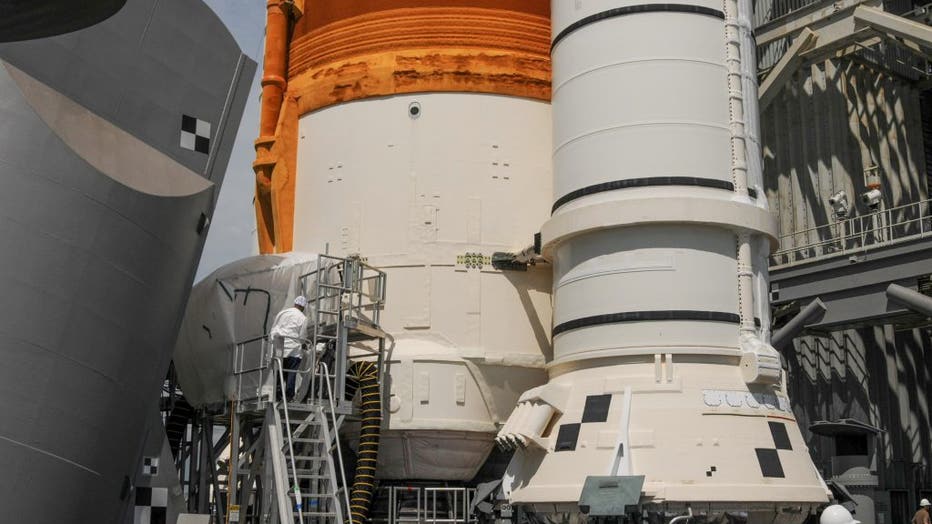 With a launch blackout period now in effect, the rocket is now grounded until late September or October. NASA officials said they were targeting Sept. 23 or Sept. 27, and potentially a third date, but cautioned that the dates have to still be confirmed, and it will depend on the repairs that need to be made to address hydrogen leaks. The space agency said it will work around a high-priority SpaceX astronaut flight to the International Space Station scheduled for early October.

Following these latest tests, teams will evaluate the data along with plans for the next launch opportunity.