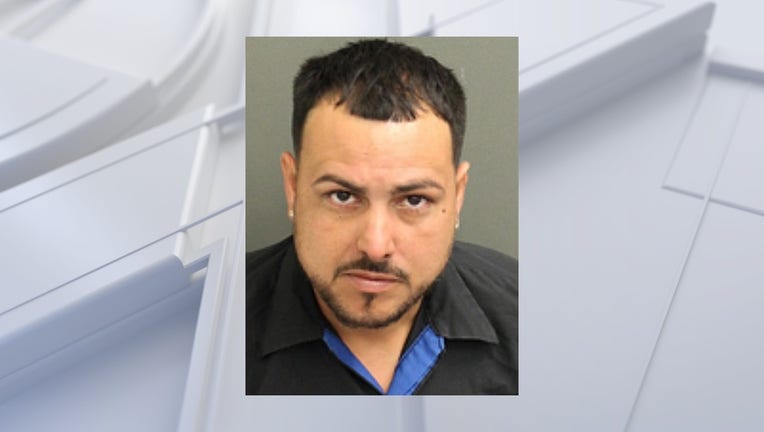 LAKE MARY, Fla. - The Orlando Police Department says an arrest has been in a knife attack in Downtown Orlando on April 17.

A woman claimed a stranger attacked her with a knife and injured her face as she parked her car to go to work.  Detectives identified the victim’s boyfriend, who is also the father of her child, as a suspect in this case.

Investigators said Alexis Colón Colón, 35, contacted an acquaintance, directing this person to "hurt a female who upset him."

Surveillance video from the Plaza parking garage and surrounding areas revealed that a driver in a Gold Toyota Prius followed the victim to her parking space. This vehicle had been rented by Colón, during the time frame of the attack, police said.

The isolated incident is related to ongoing domestic violence issues between the victim and Colón, according to detectives.

Colón was arrested on May 6 and booked into the Orange County Jail on multiple charges.