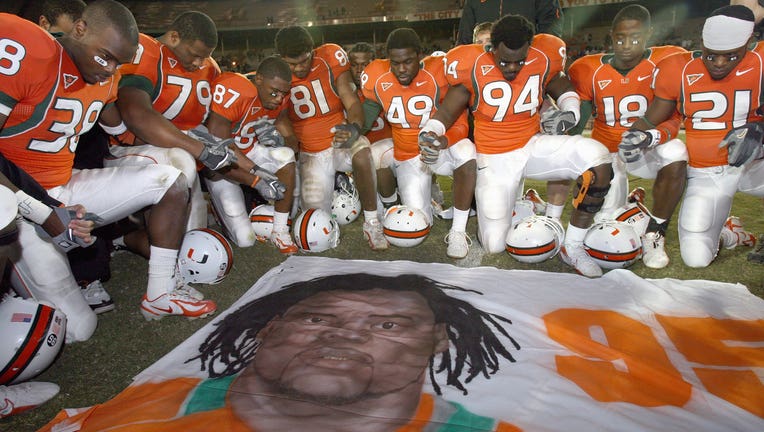 MIAMI - A former University of Miami football player was arrested Thursday in connection with the 2006 fatal shooting of his teammate Bryan Pata.

South Florida authorities didn’t immediately release details about what led them to suspect Jones, who played three seasons for the Hurricanes and was a teammate of Pata’s.

Pata, a 22-year-old, 6-foot-4, 280-pound defensive lineman, was shot several times outside of his Kendall apartment the night of Nov. 7, 2006. Pata had been returning from campus in his black Infiniti. Some witnesses claimed to hear arguing and then gunshots. Despite having hundreds of dollars in his wallet, neither the car nor the cash were taken.

Jones was being held in Marion County, awaiting extradition to Miami-Dade. It was not immediately clear whether he has an attorney who could comment. Marion County is located about 70 miles (110 kilometers) northwest of Orlando.