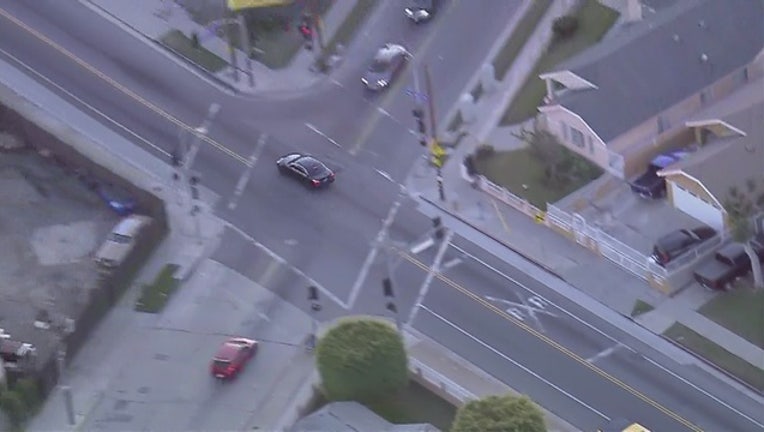 LOS ANGELES, Calif. - Police chased a suspect in a black vehicle, driving dangerously down residential streets in Crenshaw on New Year’s Day.  It’s unusual to see a pursuit in this area during this time of day, but since most people have the day off, it allowed the suspect to drive at a rapid speed. The driver ignored lights, signs and general rules of the road in order to evade police. They believe there are two people in the vehicle – one possibly armed with a gun.

The pursuit ended when the suspect sped through an intersection at 54th and Exposition in Leimert Park, colliding with a white vehicle who had the right of way. That white vehicle’s air bag activated instantly, while rolling into another black vehicle waiting for the light at the intersection.

The driver of the chased vehicle got out immediately and spread out face-down on the ground, followed by the passenger, who also got onto the ground. A third person was seen after the rear passenger door opened, and he eventually backed away from the scene with their hands on their head before police took him and the other two into custody.

Witnesses at the scene tell FOX 11 that the woman in the white car suffered a leg injury.