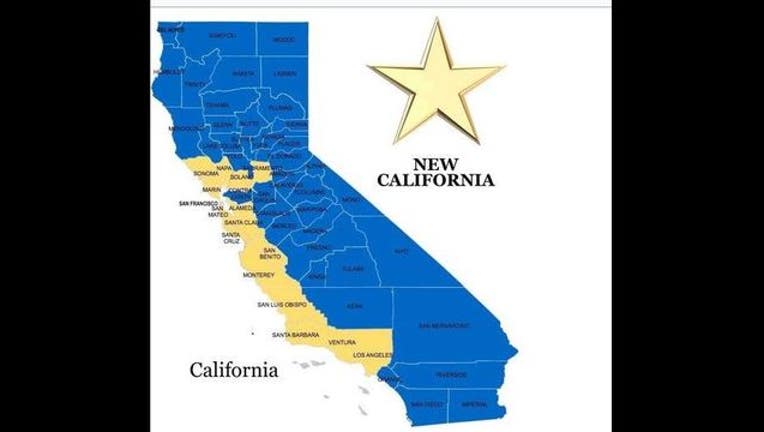 New secession movements in California, and elsewhere in America, are getting genuine attention from political pundits. (newcaliforniastate.com)

(FOX NEWS) - When Donald Trump was elected, a lot of people in California signed a petition supporting the state’s secession from the U.S. It was hard to take the movement seriously—didn’t we fight a war over this?

But there is another secession movement in California, and elsewhere in America, that is getting genuine attention from political pundits. While it may be unlikely to succeed, the idea of intra-state secession—a section of a state splitting off to form its own state—has been growing in popularity. And there’s even a Constitutional procedure for doing it.

In recent decades, the political differences between rural areas and metropolitan areas seem to have become more severe. This has caused political splits in certain states, where, often, those rural areas, with lower populations, feel stifled by their city brethren.