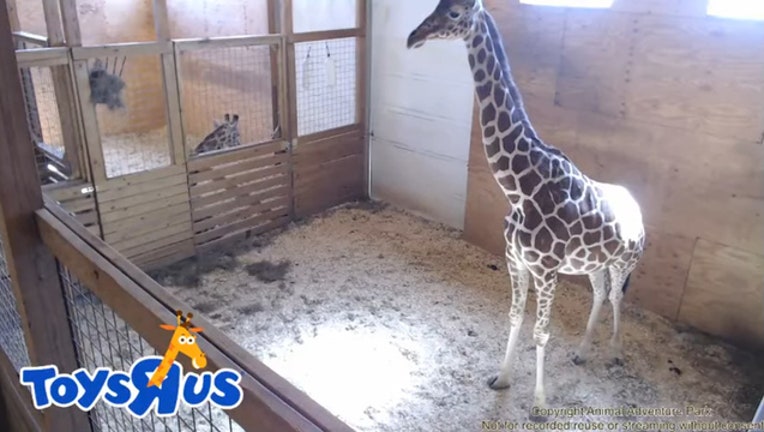 HARPURSVILLE, NY (FOX 35 ORLANDO) - April the Giraffe is set to give birth any day now!

On Friday, Animal Adventure Park shared an update on April the Giraffe's pregnancy. They stated via Facebook that April's physical and behavorial signs inidicate that "we are simply waiting for the big moment."

They also said that viewers witnessed April just standing in one place, not responding to the activity around her. This is another sign that April should be giving birth soon.

Then on Sunday, Animal Adventure Park shared another update regarding April's pregnancy. They admitted that they expected a weekend calf, but all signs still show that the big moment could happen soon. In their words, "April's tail is now hanging and pinning to the left a bit, which is appropriate and expected positioning for the big moment."

On Monday, April still showed no sign of a calf, but Animal Adventure Park did say that they observed what appears to be contractions with pushing.

Animal Adventure Park announced in July 2018 that April was pregnant and expecting her fifth calf.

April made internet fame in 2017 when the world collectively watched and waited for months for her to give birth to baby "Taj," on the park's live stream, with more than a million viewers tuning in to watch the actual birth.