Climate scientist Pierre Friedlingstein talks with FOX Television Stations' Chris Williams about his report that paints a grim picture for the earth if carbon emissions aren't reduced in 11 years.

Carbon dioxide in the atmosphere reached its highest levels in recorded human history, according to data collected by the Scripps Institution of Oceanography.

The Scripps Institution of Oceanography has been tracking the levels of CO2 using the Keeling Curve, created by Charles (Dave) David Keeling.

As of April 2022, the average monthly CO2 concentration in the atmosphere reached a staggering 420.23 parts per million (ppm). That number is up from 315.00 ppm since the Keeling Curve’s genesis in 1958.

But this is not the first time average global CO2 levels reached a record high. In fact, in 2015, the average carbon dioxide measured by Scripps surpassed 400 ppm for the first time on record, according to Climate.gov.

"It is likely May will be higher still," Pieter Tans, who tracks greenhouse gases for the National Oceanic and Atmospheric Administration, told Axios.

Why is this significant?

The level of CO2 has been steadily increasing since the Industrial Revolution in 1750. So what does this mean? It means Earth will continue to reach record highs until humans get emissions under control, according to Climate.gov.

Carbon dioxide levels peak every May just before plant life in the Northern Hemisphere blossoms, sucking some of that carbon out of the atmosphere and into flowers, leaves, seeds and stems. The reprieve is temporary, though, because emissions of carbon dioxide from burning coal, oil and natural gas for transportation and electricity far exceed what plants can take in, pushing greenhouse gas levels to new records every year.

Last May, the annual peak of global heat-trapping carbon dioxide in the air reached another dangerous milestone: 50% higher than when the industrial age began.

And the average rate of increase is faster than ever, scientists reported.

"Carbon dioxide going up in a few decades like that is extremely unusual," Tans said. "For example, when the Earth climbed out of the last ice age, carbon dioxide increased by about 80 parts per million and it took the Earth system, the natural system, 6,000 years. We have a much larger increase in the last few decades."

"If global energy demand continues to grow and to be met mostly with fossil fuels, atmospheric carbon dioxide is projected to exceed 900 ppm by the end of this century," according to Climate.gov.

"The world effectively has made no serious progress compared to what is required," Tans told Axios. "We really need to focus on decreasing emissions and we haven't had much success globally because the rate of increase of CO2 remains as high as it has been in the last decade." 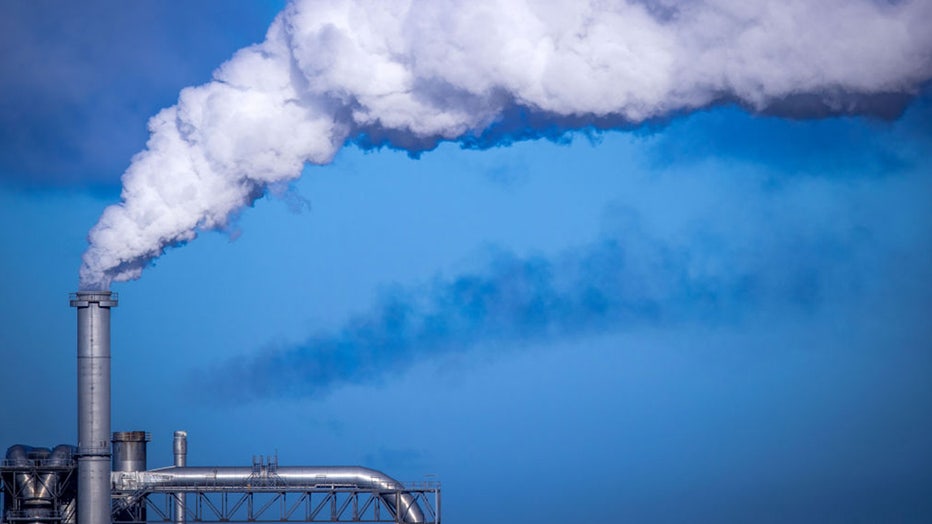 What needs to happen to lower greenhouse gas levels

The world is potentially on track to keep global warming at, or a shade below, 2 degrees Celsius (3.6 degrees Fahrenheit) hotter than pre-industrial times, a goal that once seemed out of reach, according to a study published in the journal Nature in April.

This 2-degree warmer world still represents what scientists characterize as a profoundly disrupted climate with fiercer storms, higher seas, animal and plant extinctions, disappearing coral, melting ice and more people dying from heat, smog and infectious disease. It's not the goal that world leaders say they really want: 1.5 degrees Celsius (2.7 degrees Fahrenheit) since pre-industrial times. The world will blast past that more prominent and promoted goal unless dramatic new emission cuts are promised and achieved this decade and probably within the next three years, study authors said.

Both goals of 1.5-degrees and 2-degrees are part of the 2015 Paris climate pact and the 2021 Glasgow follow-up agreement. The 2-degree goal goes back years earlier.

The study "examines only this optimistic scenario. It does not check whether governments are making efforts to implement their long-term targets and whether they are credible," said Niklas Hohne of Germany, a New Climate Institute scientist who analyzes pledges for Climate Action Tracker and wasn’t part of this study. "We know that governments are far from implementing their long-term targets."

Limiting warming to 2 degrees is still a big improvement compared to just five or ten years ago, when "everybody laughed like ‘ha we’ll never see targets on the table that bring us closer to 2 degrees,’" said study lead author Malte Meinshausen, a University of Melbourne climate scientist. "Targets and implemented policies actually can turn the needle on future temperatures. I think that optimism is important for countries to see. Yes, there is hope."