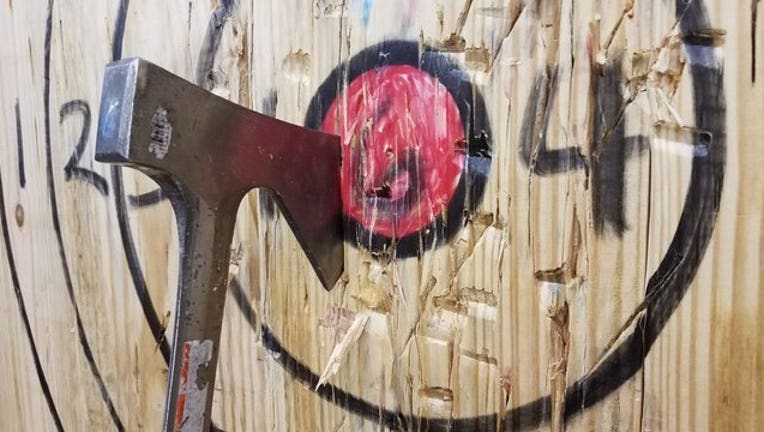 An ax used for a throwing competition.

MADISON, Wis. (FOX 5 Atlanta) - Officers in Madison, Wisconsin responded to a domestic disturbance call at a home on the Westside Sunday evening to find an ax stuck into the windshield of a car. Officers say it was swung with so much force, it became lodged in the glass, completely unmovable. The case only gets more bizarre from there.

Madison Police Chief Koval described the strange scene in his daily blog of calls. As officers made their way inside around 10 p.m., the saw the side mirrors of that same the car were cut off. Inside was widespread damage caused by a log-splitting ax. The TV, TV stand, laptop computer, and several other items were all destroyed.

The 34-year-old man, who called the police on himself, admitted to the officers he had been drinking too much that night and went on a rampage after believing his wife damaged some of his prized possession. Those prized items: action figures.

The man’s 46-year-old wife had left the house before most of the rampage happened and was uninjured.

The man, whose name was not released by police, was taken into custody without further incident. Police say he was booked into the jail on domestic-related charges of disorderly conduct and felony damage to property.