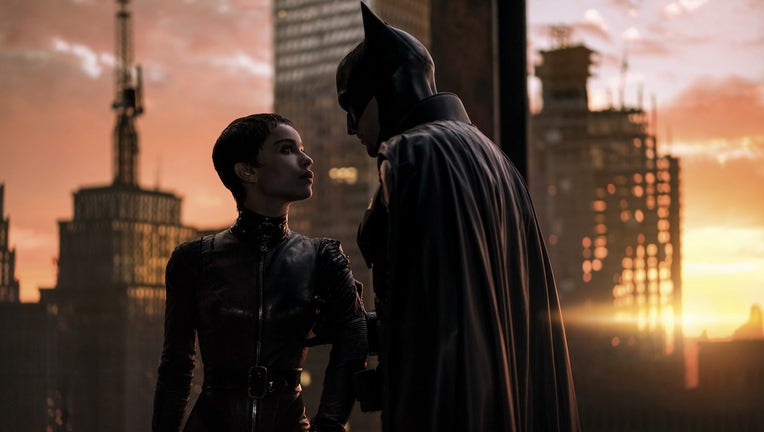 NEW YORK - If you plan to go see The Batman this weekend, you might pay more to see that movie than other films at the same theater.

AMC movie theaters are planning to charge higher ticket prices for the Robert Pattinson version of the superhero franchise.

AMC Entertainment's CEO Adam Aron announced the variable pricing plan for films that are expected to be more popular during an earnings call on Tuesday.

A transcript of the call reported that he said, "Currently, our prices for "The Batman," which opens this week, are slightly higher than the prices we're charging for other movies playing in the same theaters at the same time. This is all quite novel in the United States. But actually, AMC has been doing it for years in our European theaters."

He said AMC theaters in Europe also already charge a premium for the best seats in the house.

That "slightly higher" price for the 3-hour Batman movie appears to be $1 a ticket here in the U.S.

Matinee shows are also more expensive at the theater.  A noon showing of The Batman will cost $9.49 at the AMC Mountainside theater.  The 12:15 p.m. showing of Uncharted on Saturday costs $8.79 a ticket.

Related:  What movies are coming out in March?

The movie business has been undergoing radical changes during the coronavirus pandemic.

Movie studios moved movie releases to streaming services while theaters were closed during lockdowns.  When theaters re-opened, often at reduced occupancy, some movie studios continued to release films on streaming platforms and theaters at the same time.  Others are trying to reduce the length of time between when movies are in theaters and when they can stream.

Scarlett Johansson sued the Walt Disney Co. over its streaming release of "Black Widow," which she said breached her contract and deprived her of potential earnings.  She later settled her suit.

As for The Batman, the film is expected to start streaming on HBO Max 45 days after its theatrical release.

AMC Entertainment has looked to enhance its revenue streams.  AMC is planning to sell its popcorn in select mall retail locations, supermarkets and convenience stores around the country.

It also plans to make its popcorn available through food delivery-to-home services, with ‘To Go’ packages at its theatres available for takeout.