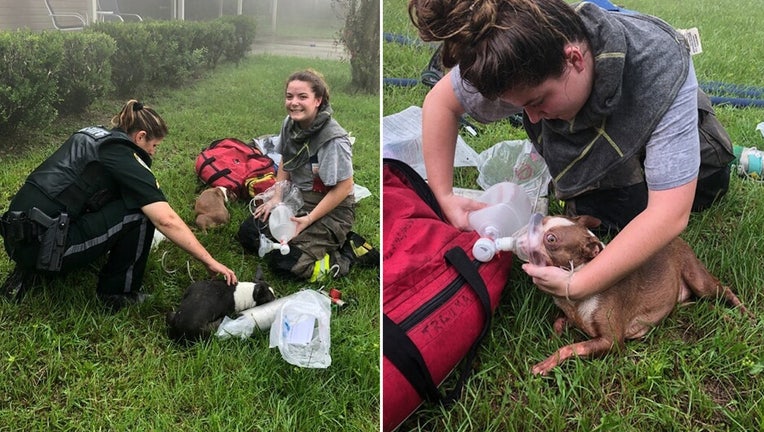 LAKE CITY, Fla. - Three puppies in northeast Florida were saved from a burning house after a delivery driver noticed a fire in the home whose owner was away, fire officials said.

The driver for Amazon was delivering a package on Tuesday when she noticed smoke coming from the home and called 911.

Firefighters rescued the pups from the home and revived them from smoke inhalation, according to Columbia County Fire Rescue. Firefighters contained the fire to the room where it was started.

"Thank you to the Amazon driver who noticed the smoke and called 911," Columbia County Fire Rescue said in a Facebook post. "Since the homeowner was not at home at the time, she saved the home and the puppies' lives!"

The county is located about 60 miles west of Jacksonville, Florida.

It's not the first time a delivery driver has come to the rescue.

In January, a newspaper delivery woman in Georgia saved the lives of three adults, four children and several household pets after she noticed smoke billowing from the family's garage.

In July, a UPS driver administered emergency CPR to a girl who had nearly drowned in a swimming pool near Soap Lake, Washington.