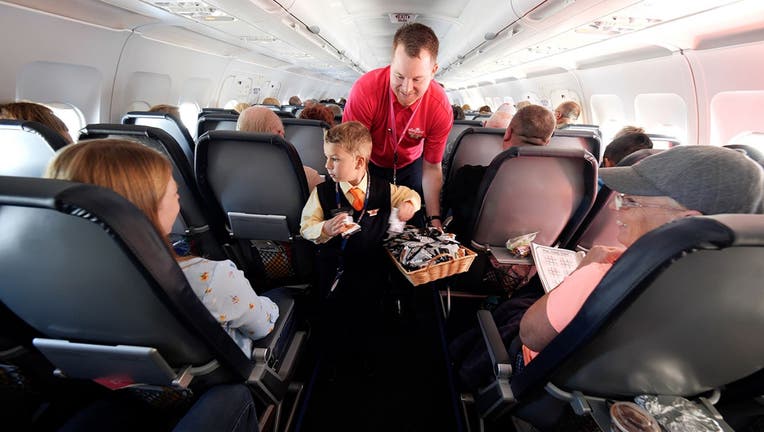 ORLANDO, Fla. - A 5-year-old flying with Allegiant Air on Monday was granted his wish to become an “honorary flight attendant” on his trip to Disney World.

Stephen "S.J." Awwad and his family, from Michigan, were heading to the Orlando theme park for a weeklong vacation, organized by Make-A-Wish Michigan. But before taking off on his journey, S.J. had one special request: He wanted to hand out snacks during the flight.

Allegiant, which has partnered with Make-A-Wish since 2012, helped to make this second “wish enhancement” a reality for A.J., and arranged to give him his own customized pin — and his own tiny uniform — so he could properly carry out his in-flight duties.

"Many of the kids we fly to their wish destinations are traveling to Florida. But this is the first time a Wish kid has asked to serve snacks to passengers in flight,” said Allegiant spokesperson Hilarie Gre, per a press release. "We found out from Make-A-Wish that S.J. loves anything to do with flying, so we not only wanted to say 'yes,' but aimed to make the experience extra special." 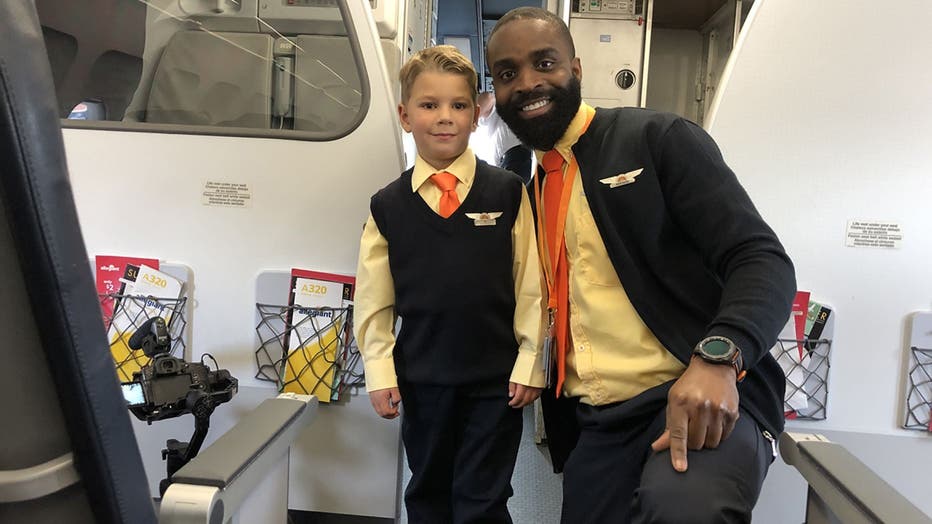 Photos from the flight show S.J. greeting passengers and handing out refreshments, to the delight of the other fliers. 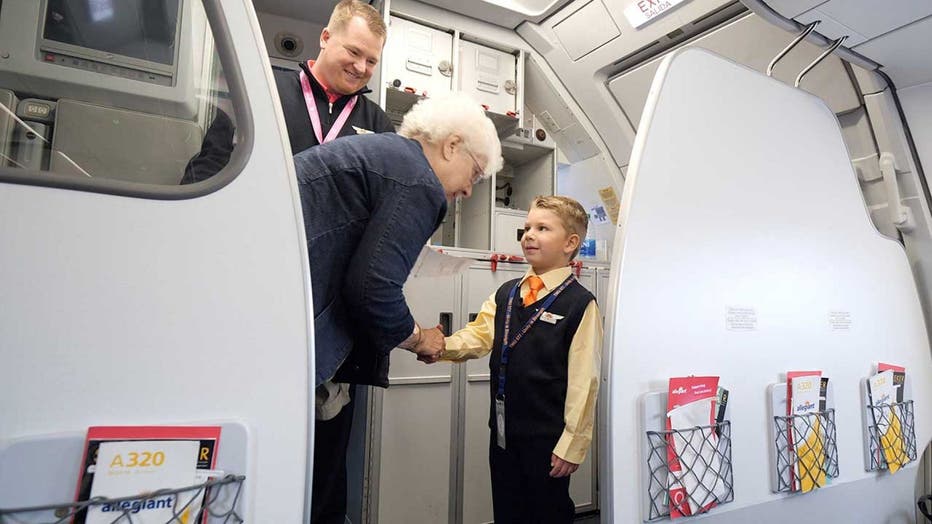 “We’re just blessed to be able to spend a week of just enjoying each other, and not stressing about anything,” Danielle said.

She also said S.J. — who was born with 10 congenital heart defects, and will one day need a heart transplant, according to Fox 17 — was not even expected to survive long enough to see his first birthday. 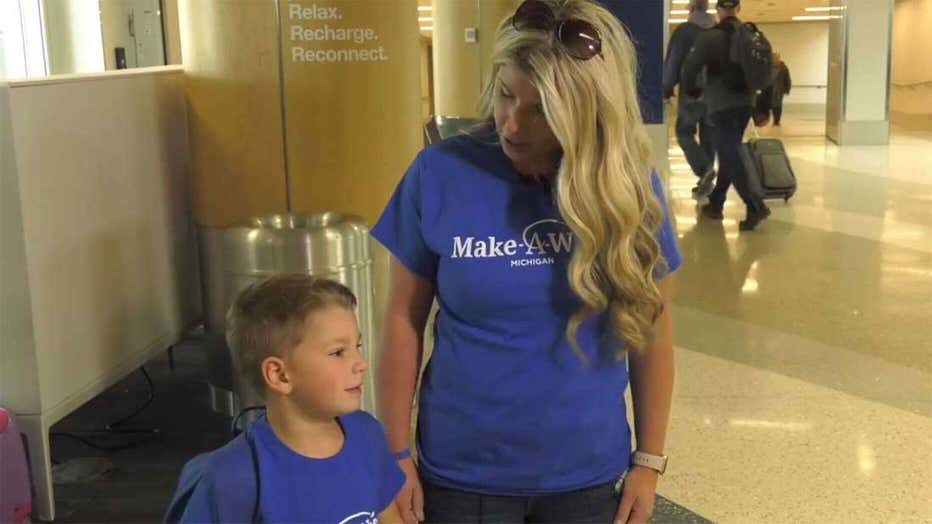 “So the fact that he’s 5 — gonna be 6 — and even here and alive to be able to go on this trip is just so meaningful to us as a family," the proud mom said. 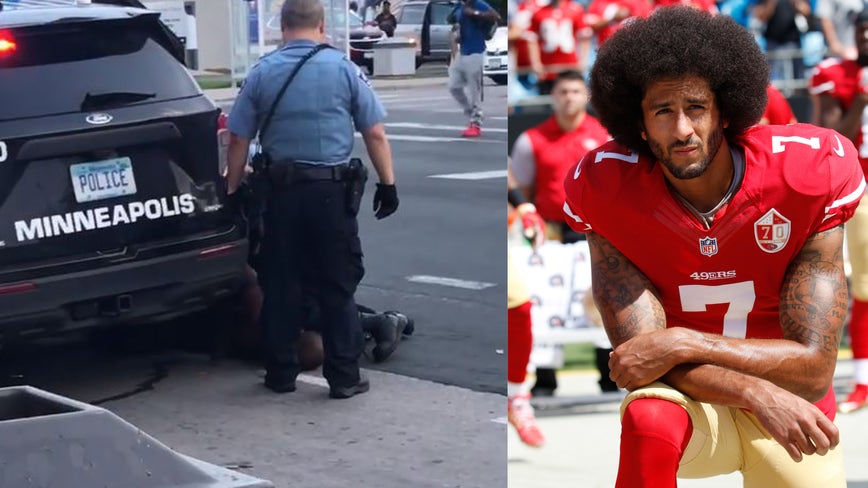 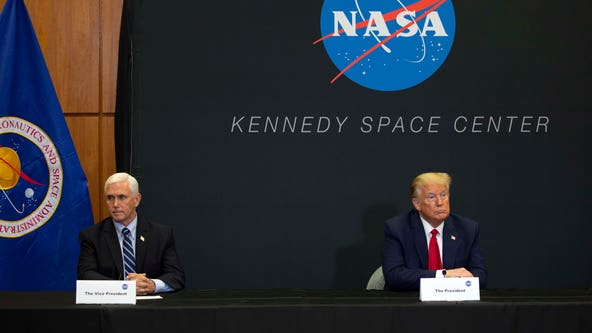 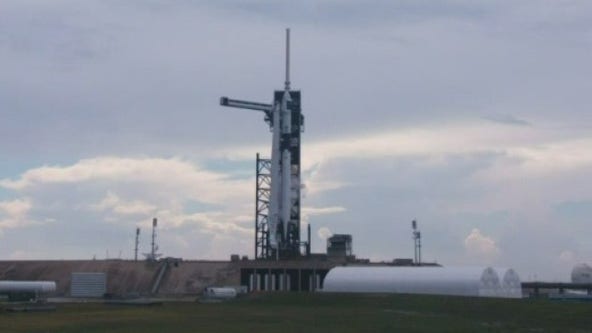 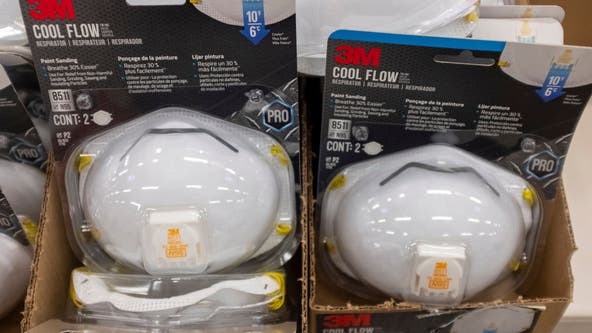