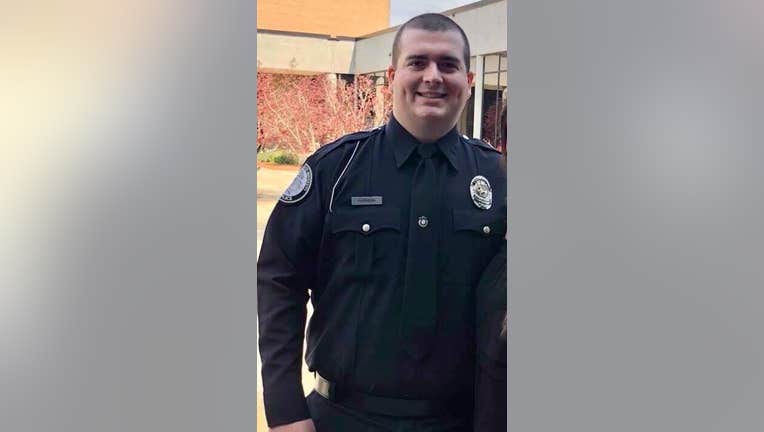 WHEELER COUNTY, Ga. - The Georgia Bureau of Investigation is asking the public to be on the lookout for a man suspected of killing a police officer overnight in Alamo, Georgia.

The GBI said agents are investigating the death of an Alamo Police Department officer Dylan Harrison in Wheeler County.

At around 1 a.m., Harrison — a 26-year-old Dudley native with a wife and 6-month-old child — was shot and killed outside the police station.

The shooting happened in Wheeler County, about 90 miles southeast of Macon and about 124 miles west of Savannah.

The Georgia Bureau of Investigation and the Alamo Police Department held a joint press conference to update the search for the gunman who killed 26-year-old Officer Dylan Harrison early Saturday morning during his first shift in Alamo, Georgia on Oct. 9, 2021. This feed is provided by the GBI.

It was his first shift working part-time with the Alamo Police Department. He was a full-time Oconee Drug Taskforce Agent. The GBI will conduct an autopsy of his body.

Ferguson is described by law enforcement as being armed and dangerous 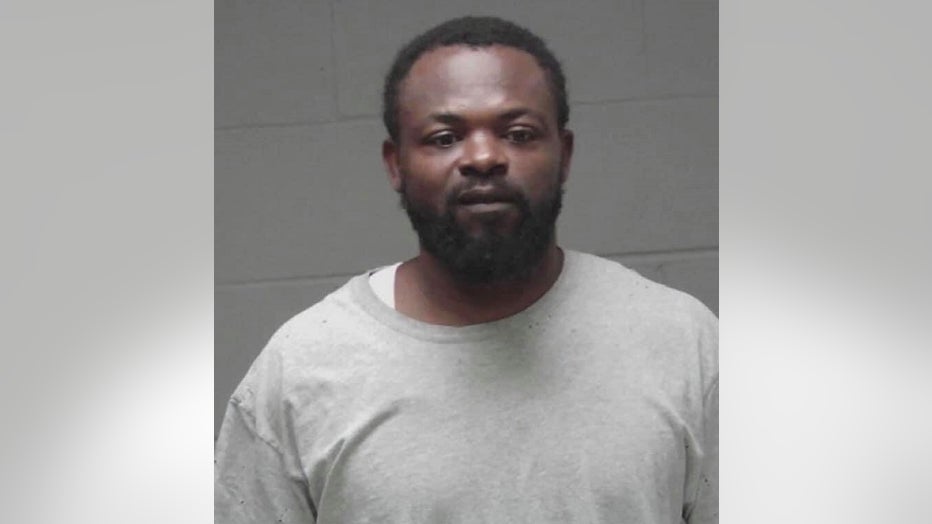 Anyone with information should contact the GBI at 1-800-597-TIPS (8477). Anyone who sees him should call 911 immediately and not approach.

"Early this morning, one of our law enforcement officials in Middle Georgia was killed in the line of duty. Our thoughts and prayers are with this officer’s family, friends, and colleagues at the Alamo Police Department. May God continue to be with all who protect and serve."

Tributes poured in as news of Harrison’s death spread.

"Our sincerest thoughts, prayers, and condolences to the family, friends and co-workers of Officer Dylan Harrison who was killed in the line of duty last night in Alamo," Telfair County Sheriff Sim Davidson wrote in a Facebook post. "We are sincerely grateful for his service." 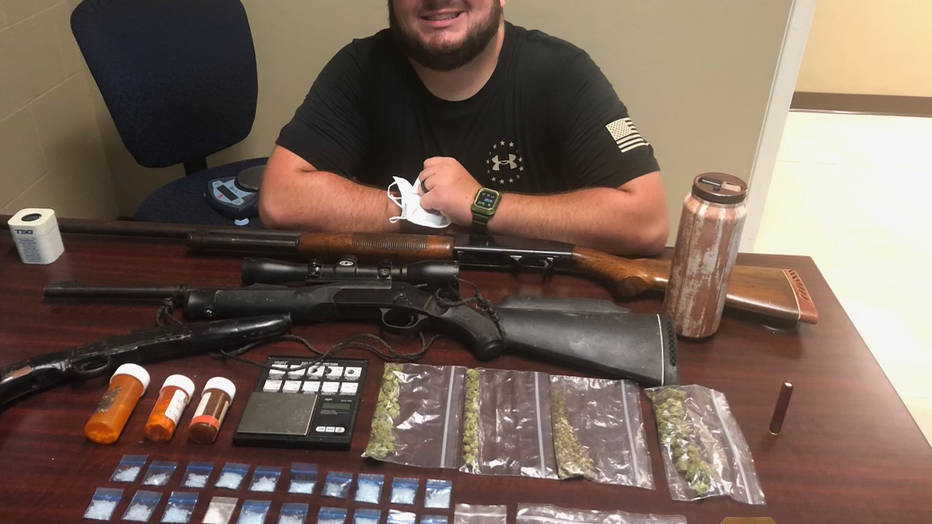 Officer Dylan Harrison poses with some of the drugs seized during a raid he participated in as a member of the Oconee Drug Task Force. (Georgia Bureau of Investigaiton)

In addition to Officer Harrison being a part-time Alamo Police Department officer, he also was a full-time task force agent with the Oconee Drug Task Force in Eastman, according to the GBI. He has been in law enforcement since 2018.

Harrison was the first Alamo officer killed in the line of duty, according to the Officer Down Memorial Page that tracks law enforcement deaths. In January, Alamo Police Officer Arturo Villegas died from COVID-19 complications. 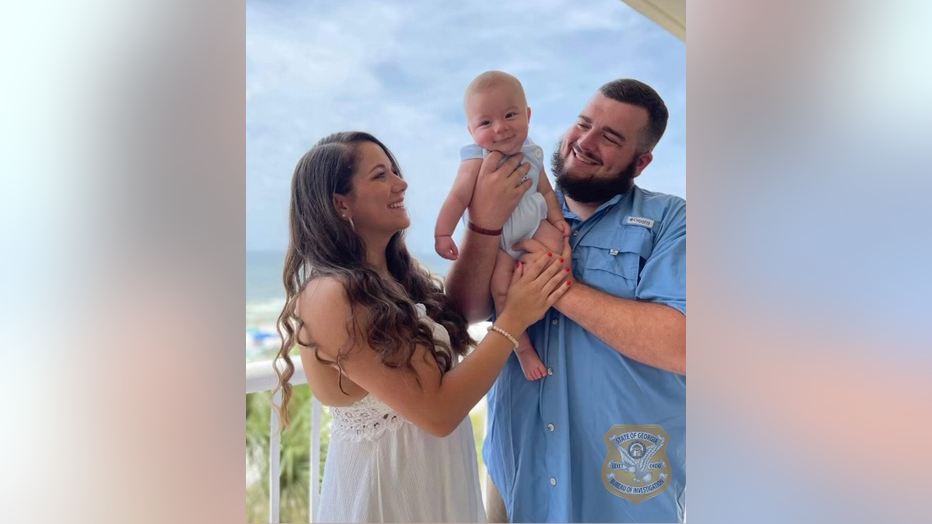 Officer Dylan Harrison is seen her with his wife and his young infant in a recent family photo provided by the GBI. (Georgia Bureau of Investigaiton)

He is survived by his wife and a 6-month-old baby.

This story is being reported out of Atlanta. The Associated Press contributed to this report