Florida's threatened and protected manatees have died in record numbers in 2021 -- leading to an unprecedented, never-before-tried rescue plan.

A pilot feeding program designed to reduce starvation issues amongst Florida manatees will soon conclude as experts say warmer waters are helping to disperse the population to their summer habitats, lessening the strain on natural resources.

The first of its type feeding effort was started by state and federal agencies in December because seagrass, the mammal’s natural food, was in short supply, especially in their winter habitat zones.

During the four-month pilot program, it’s estimated the animals ate more than 160,000 pounds of lettuce, but there were questions during the multi-agency effort on whether the aquatic herbivores would eat the human-provided supplements.

"I’m pleased to say that virtually all of it was eaten since we started this effort in mid-December. There were three weeks or so in there when we were still trying to get animals over to the site and to get them interested. But once the animals started eating on-site on January 20, from that day forward, they’ve eaten virtually every scrap we put out," Scott Calleson, a biologist with the U.S. Fish and Wildlife Service, said during a virtual roundtable.

Even with the limited feeding operations, the population continued to see significant deaths that biologists said are part of an extended mortality event along the state’s east coast.

"I’d say we haven’t really assessed our lessons learned in detail. We want to get through this winter and wind down the feeding, and then we will very definitely have some kind of debriefings and think about what we did well and what might be able to be improved," Calleson stated.

SHARKS AND TARPONS AND MANATEES, OH MY!

The U.S. Fish and Wildlife Service said it will be prepared to immediately escalate the feeding program back into operation, if experts identity specific nourishment needs.

The Florida Fish and Wildlife Conservation Commission estimates there are only around 7,500 manatees left in Sunshine State.

With their annual migration season underway, officials warn boaters to be cautious of the endangered species, and if they see an animal in distress, let the FWC know about it by calling 888-404-3922. 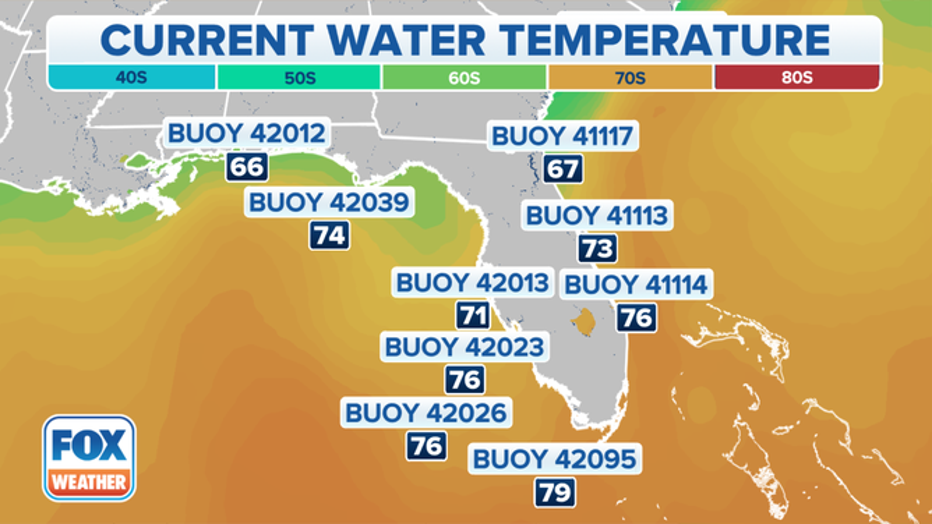 From April 1 through Nov. 15, boaters are required to slow down in Florida as manatees take advantage of warm water temperatures. (FOX Weather)

LINK: Get more on this story from FOXweather.com