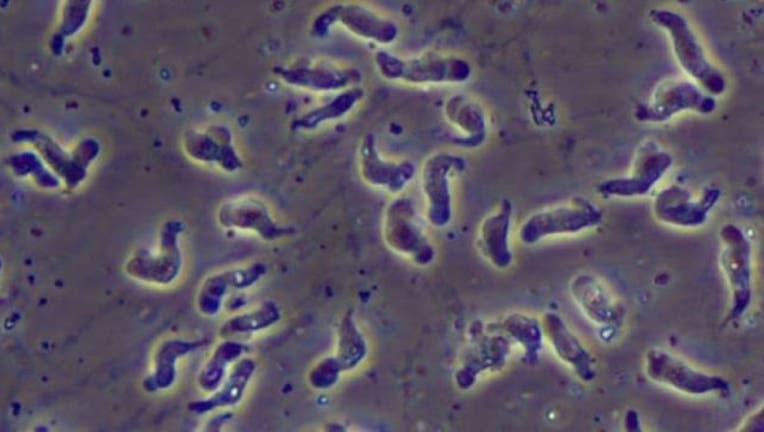 ORLANDO, Fla. - Steve and Shelly Smelski lost their 11-year-old son, Jordan, in 2014 to a brain-eating amoeba.

They say he contracted it while swimming in hot springs on a trip to Costa Rica. They joined doctors from AdventHealth Central Florida who announced the development of a new test to more quickly detect the deadly infection.

Cases of brain eating amoeba are considered rare. According to the CDC, there were 31 infections reported from 2012 to last year. The condition is nearly always fatal.

"Jordan swam once. Him and I spent one afternoon at that resort and he died. So, I will say as a parent it is not rare if it happens to your child," said Steve.

Doctors Valente and Jose Alexander say if symptoms like stiff neck and vomiting show up after swimming in lakes, rivers or freshwater it is important to consider getting tested for a possible amoeba infection.

"The test is done in cerebrospinal fluid, so in CSF, we recommend to get at least one milliliter in CSF and we perform the test within 5 hours," said Dr. Alexander of AdventHealth Central Florida.

AdventHealth says they have not had to order a test yet since it became available this summer. The Smelski’s have started a foundation for more information: https://jordansmelskifoundation.org.