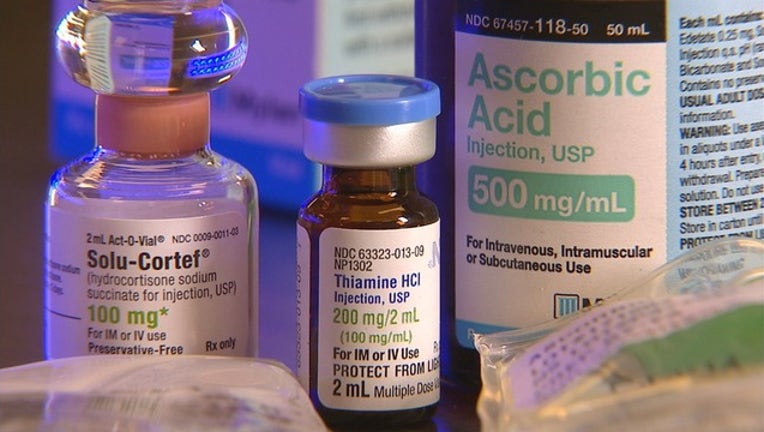 At Emory Hospital, the director of the Surgical/Transplant ICU, Dr. Craig Coopersmith, says sepsis is complicated to treat,

According to the Centers for Disease Control, more than 1.5 million people get sepsis each year. Plus, 1 in 3 patients who die in a hospital have sepsis

"It's incredibly frustrating.  There have been over 100 clinical trials of sepsis, and none of them have been positive," says Dr. Coopersmith.

But Virginia critical care doctor Paul Marik believes this inexpensive I-V cocktail of vitamin C, hydrocortisone and thiamine may be able to stop sepsis. Dr. Marik says his protocol has cut the sepsis death rate in his hospital's ICU from "about 40 percent" to "maybe 1 or 2 percent."  He believes the combination appears to cure severe sepsis and septic shock.

"And, as outrageous as many people may think that statement is, we really believe it's true. We see it every day.  And I this it has the potential to completely revolutionize the way we treat sepsis and septic shock," says Dr. Marik.

Still, many critical care doctors won't use Marik's Protocol because it hasn't been tested -- and proven to work -- in a large clinical trial. But Coopersmith has used it on a handful of sepsis patients, including a man he was convinced was dying,

"We gave him the cocktail, and he got better. A week later he left the ICU, and he is home and doing well right now," explains Dr. Coopersmith.

But, was it the IV cocktail, or was it luck?
Later this summer, Dr. Coopersmith will lead the first multi-center research study to put Marik's Protocol to the test.