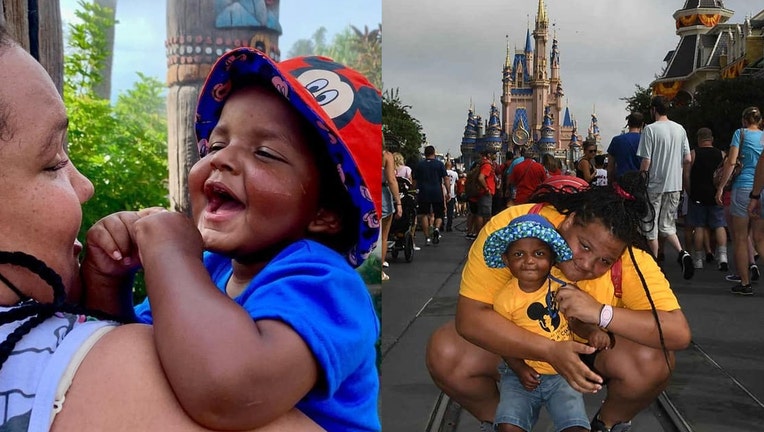 ORLANDO, Fla. - A toddler from Indiana who has battled brain cancer for most of his life got an opportunity for some fun this month at Walt Disney World, his mother said.

FOX 35 spoke with two-year-old Kavon’s mother, Kyrah Harris, on Monday about his trip. She explained that Kavon was diagnosed with cancer in January 2020. He was just eight-months-old at the time.

"We had noticed he was not using his left arm. After two weeks of being misdiagnosed, his pediatrician noticed fluid on his head. He was taken to Riley’s Children Hospital by ambulance over three hours away, where they found a seven-centimeter tumor on the right side of his brain," Kyrah said. "Three days later, he had brain surgery to remove it and test it. It was 100 percent removed but he was also diagnosed with ATRT — Atypical Teratoid Rhabdoid Tumor. He is basically missing the gene to stop tumors from growing and it is not curable."

Kyrah explained that Kavon had six rounds of intensive adult chemotherapy and three rounds of stem cell transplants. He was in the hospital for seven months during the COVID-19 pandemic so no one could visit him besides his mom and grandmother. They were not allowed to leave the hospital due to the pandemic. An MRI was completed after his treatment and he was clear of all tumors but last December, his MRI showed that a three-centimeter tumor had grown in the same spot as his first one.

"Once the cancer comes back, it’s even harder to get a rid of. Three days before Christmas, he had another brain surgery to remove the tumor and again, they removed it all. This time, since he did chemo already, our best option was 28 days of proton radiation. So, every day, Monday through Friday, we drove to Chicago — one and a half hours away — for treatment," she added. That was in January 2021. By April 2021, more tumors were found on his spine and on the back of his brain.

"He didn’t have many treatment options left. They actually talked to us about no treatments and letting go, but we are not there yet. Kavon is strong," his mother said.

Kyrah went on to explain that while in the hospital, Kavon did not get to make contact with many people or other kids. His iPad and Disney Jr.’s Mickey Mouse Clubhouse is what she said soothed him through it all. She knew that visiting Walt Disney World would be a perfect trip for her son.

"The one place I wanted him to experience while he was feeling well and the one thing we knew he loved was Disney," she said, sparking her decision to take him to the parks in Florida. "We knew it made him feel happy and safe."

MORE NEWS: Electric and magical': Woman describes what Magic Kingdom's opening day in 1971 was like

Kyrah, her mother Anna, and several others from Kavon’s family came to Walt Disney World this month to spend time with him. 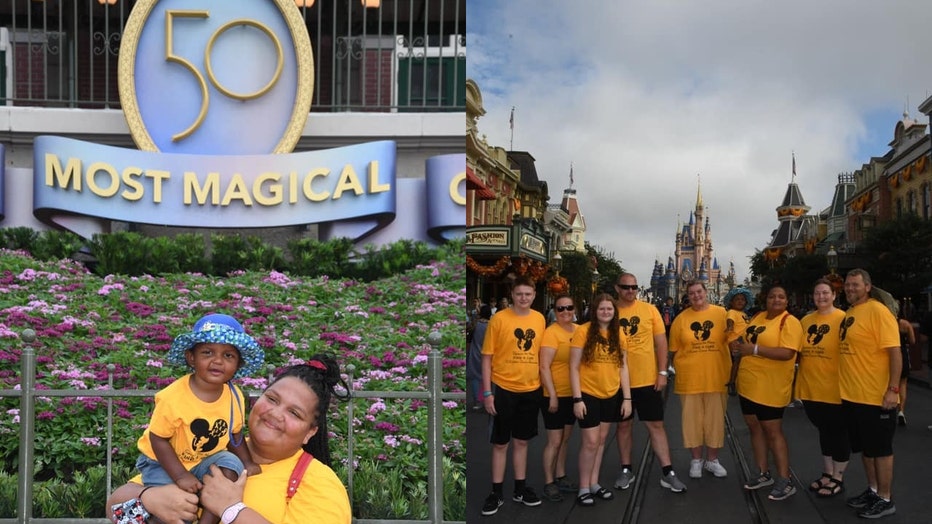 "He loved it!" his mother said. "It made the trip worth all the money saved and overtime worked. To see him interact with the characters he got to see. He loved the rides and you could see all the learning he did just taking it all in — all the magic."

She added that "he has never played with any kids before due to COVID and having a low-immune system while on treatment. So, for him to see all the kids and watch them was also a blessing."

Looking back on the week they spent at Disney, Kyrah explained that "it’s hard to stay in fight mode at times but this gave us a boost so that next year, we can take him back again." 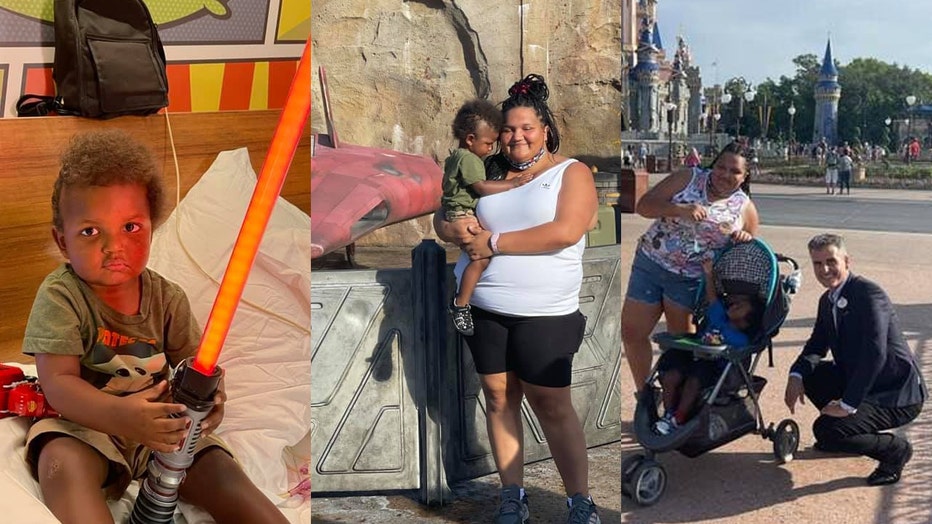 MORE NEWS: Disney to stream new firework shows ahead of 50th anniversary: How to watch

Kavon is said to be on his last treatment option until a new drug comes out. He is too young for more radiation but if the medication can keep the tumors from growing until he is older, he could possibly undergo more radiation then.

If you would like to help Kavon and his family in their fight, they have a GoFundMe established to help with travel to his treatments and the money lost from taking time off of work. They also ask that you pray for him.

"Childhood cancer is not rare. So many kids get diagnosed every day. We need more treatment options for them," Kyrah added. "Our kids deserve more."