It took over seven years, but now Charlie Burge can freely leave his shoes outside his condo at The Links Condominiums.

FLAGLER BEACH, Fla. - It took over seven years but now Charlie Burge can freely leave his shoes outside his residence at The Links Condominiums.

"I put my American flag out that day and I got my freedom back," Burge said.

Charlie leaves his shoes outside his condo unit in Ponce Inlet which he says helps him deal with medical conditions contracted while helping clean up at Ground Zero after the Twin Towers fell.

The U.S. Department of Justice recently settled his case after the Federal Housing and Urban Development Department charged his condo association with discrimination.

"The building has an accommodation policy now for people that want to make disability claims, and they have some other rules that the DOJ and the U.S. government instituted," Burge said.

In addition, Burge received a payout to cover his legal fees. Instead, he has decided to donate part of that money to causes close to his heart. 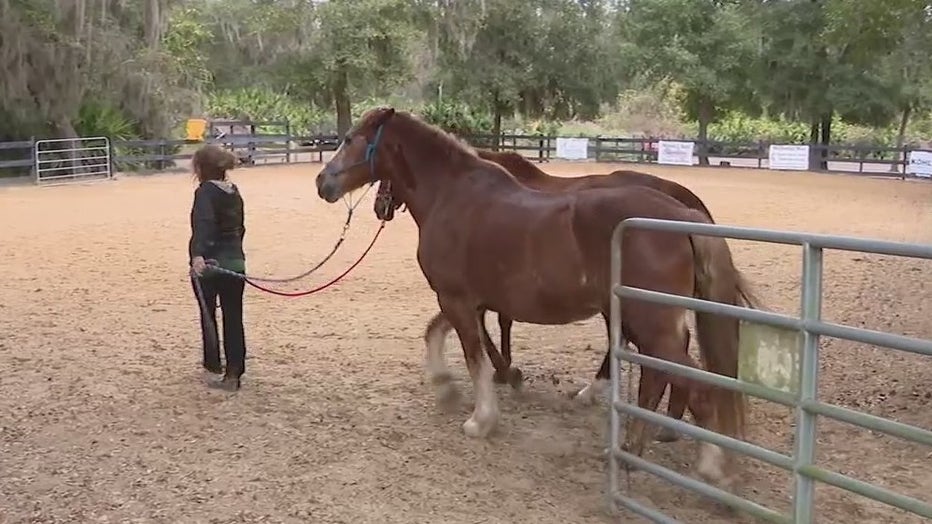 He's chosen to donate his money to The Tunnel to Towers foundation, the Ponce Inlet Lions who will be purchasing a service dog for a disabled veteran, and Whispering Meadows Ranch where Burge volunteers.

"I have PTSD. That ranch helped me through this whole ordeal. Sometimes I go there thinking that they’re helping me more than helping them," Burge said.

Richard Davis, his wife, and daughter run the faith-based nonprofit ranch. They provide horse therapy to veterans and children with disabilities.

It's a therapy that is about the connection between the rider and the horse and the indescribable bond it creates. Sometimes that bond works miracles.

One child, he couldn’t walk," Davis said. "He got right off over there by the arena. His father went to get him, and he pushed his father away and said ‘no’ and he walked. His father fell flat on his face crying. He couldn’t believe."

Every penny donated from people like Charlie goes straight to running the ranch and supporting the 45 children they help.

"It all comes down to love," Davis said. "If you love them, and you sincerely mean that, love will always overcome everything."

Davis is now 77 years old and has been operating the ranch for 13 years. He says the kids and these horses give him a reason to wake up every day.

The ranch is in negotiations with the county to hopefully expand in the next year, in hopes of helping even more children.