A study looked into the homeless population in Downtown Orlando.

ORLANDO, Fla. - There are 61 chronic panhandlers on the streets of Downtown Orlando, according to a new study on homelessness.

Chronic panhandlers are described as panhandling at least five hours a day, five days a week.

The 16-month study was released Monday and was sponsored by Rethinking Homelessness.

“For the most part, they’re not on the streets by choice, they’re folks with mental illness, disabilities and they’re panhandling because they have no place else to go. And, they’re doing it because they’re doing it at a frequency that’s really intense because of a substance abuse disorder. They’re panhandling for drugs,” said Andrae Bailey, the CEO and founder of Rethinking Homelessness. 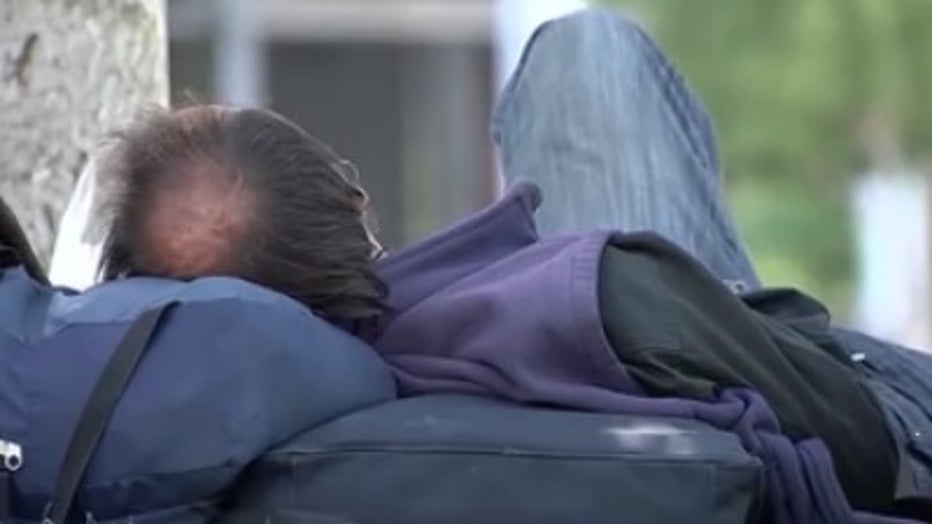 Those chronic panhandlers studied have been living on the streets for an average of 12 years.

Downtown businesses wanted this study done, some even helped pay for it.

He tells FOX 35 News that panhandlers are taking a toll on downtown businesses.

“On a daily basis, especially during the afternoon and evening hours, it seems like we constantly are having to tell them, 'Hey, you need to leave the patrons alone,'” Fernandez said.

Bailey says the study found that there are solutions, ones that worked in Salt Lake City, Houston and Miami.

“If we’re going to solve the homelessness that drives panhandling, we’re going to have to invest money in some new forms of housing with mental health services tied to it and a really, really extreme way," Bailey said. "We can’t arrest our way out of homelessness or panhandling, that’s what our study shows. But we can invest in smart ways that helps these mentally ill folks get off the streets and ultimately stop panhandling in our downtown."

He says this study will be shared with city leaders.