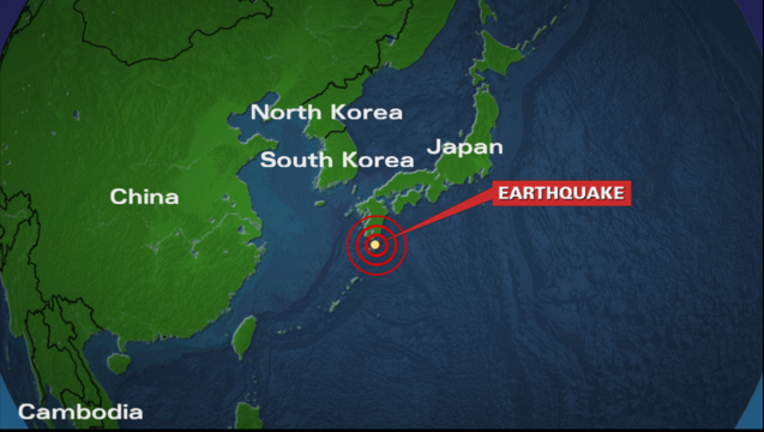 NISHINOOMOTE, Japan (AP) - A strong earthquake hit near southern Japan on Tuesday, shaking buildings, but there were no reports of injuries or damage. No tsunami was expected.

The U.S. Geological Survey said the quake struck in the evening and had a preliminary magnitude of 6.3. It was centered 16 kilometers (10 miles) off the city of Nishinoomote on the island of Tanegashima in Kagoshima prefecture at a depth of 35 kilometers (22 miles), it said.

Japan is one of the most earthquake- and tsunami-prone areas in the world.

Kyushu was struck by a series of earthquake in 2016, which smashed homes, warped roads and damaged a castle in the area, leaving nine people dead and more than 800 injured. Thousands of people were evacuated.

In 2011, the northeastern area of Fukushima was hit by a quake, tsunami and nuclear meltdown, the worst nuclear disaster since Chernobyl.

This story was reported from Tokyo.