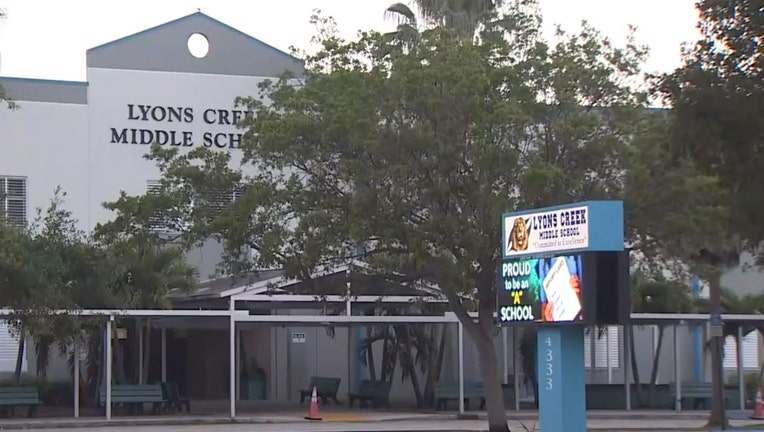 Coconut Creek police said four white children between 11 and 12 years old were assaulted Wednesday by their classmates, who yelled things like "it's opposite day" and "brown power" while punching and kicking them.

According to police reports, the attacks happened at a community center where children gather before the first bell at Lyons Creek Middle School in Broward County.

Frank Foster, a father of one of the students who was attacked, told WSVN his son said they had been beaten with sticks and cable cords as well.

"He’s scared to go back to school around the same kids in the hallways," Foster said. "The options are to go to a different school and run away or be in the same school with the same kids again."

The school principal sent a robocall to parents, saying she is aware of the incident and is working with police.

"We are disappointed to take law enforcement action in response to a racially-motivated crime by school-aged children within the city of Coconut Creek," Police Chief Butch Arenal said in a statement. "This is an extremely rare occurrence in our community, but these are children, and as such, poor judgement can occur."

"It’s concerning what’s going on in the school and they don’t really seem to be doing much about it. The steps they take don’t really protect the kids," Foster told WSVN. "It’s an issue. It’s going to push kids to the next level to where something they’re not going to be able to come back from."

The five children arrested are between 11 and 15 years old. Police reports list them as both Black and white, most with Hispanic surnames.

The students are charged with battery and prejudice while committing battery. The charges are misdemeanors, although the hate crime allegation could trigger a felony count depending on decisions by prosecutors.

No one was seriously injured.