Riley Belcher accidentally pressed the buttons that turn the phone off, and then the one that automatically calls 911.

BELLEVIEW, Fla. - Riley Belcher is a little girl with a lot of spirit.

"Overall, she's just a joy," says her mother Jennifer. "She's so much fun to be with, be around. She brings smiles to everybody."

That includes Belleview Police Officer Casey Polidori who showed up at her door when the 4-year-old, who has Down syndrome, accidentally dialed 911 on her mother's cell phone. 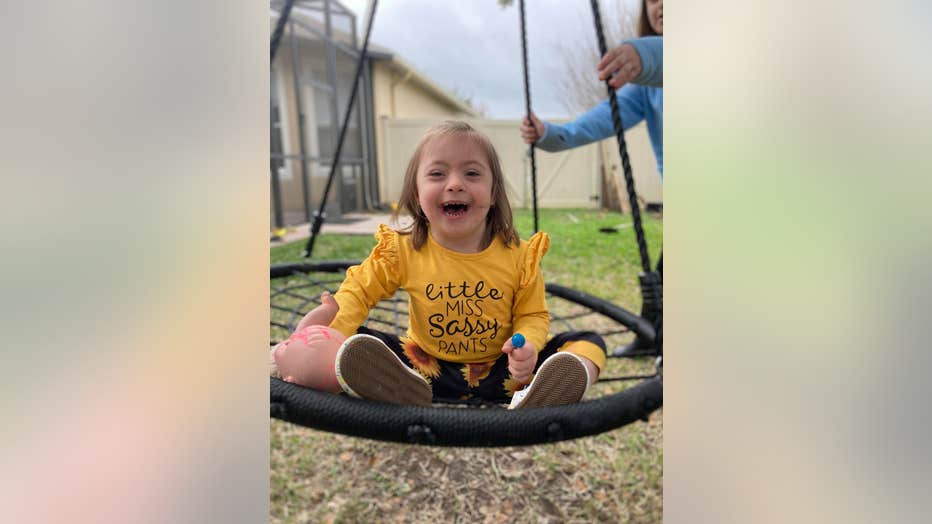 Jennifer says Riley accidentally pressed the buttons that turn the phone off, and then the one that automatically calls 911. Even so, police sent officer Polidori to check things out, just in case.

"We always, it's kind of a policy thing to go out anyways and just make sure everything's okay," he said. "She's at the door, everything seemed fine and I went about my day!"

Jennifer has high praise for how the police handled the call. She says from now on, she'll be keeping Riley close -- and her phone closer.

"Belleview Police were awesome, he was great. She just finds it funny that she did that and she was giggling about it."