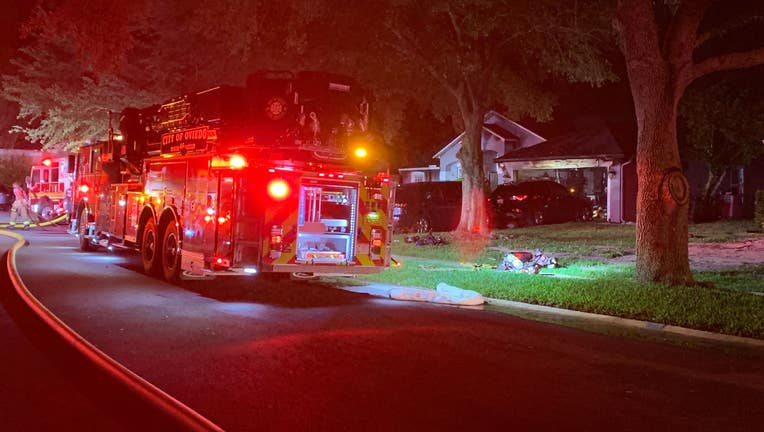 OVIEDO, Fla. - A family and their dogs are safe after officials say they escaped a house fire in Oviedo early Wednesday morning.

The fire broke out around 2:30 a.m. at a home on Worthington Court.

According to Oviedo Fire officials, four people and two dogs were in the home at the time. They managed to get out in time and no one was hurt.

The fire was contained to the garage, but investigators say there is smoke damage throughout the house. The family was reportedly saved thanks to smoke detectors going off in the home.