3 Florida Girl Scouts will have their projects, artwork launched into space

Their science projects and artwork will head to the International Space Station hopefully in August. The plan is for them to go into a box and that box will go on a SpaceX rocket set to launch in August.

They were recognized in a science challenge for Girl Scouts across the country, beating out nearly 1,000 entries for a spot in a Faraday box set to launch into space on a SpaceX rocket in August. The box will have a special spot on the International Space Station (ISS) Lab.

The "Making Space for Girls Challenge" was a space exploration competition put together by non-profit organization SpaceKids Global and the Girl Scouts of Citrus Council, in cooperation with NASA and aerospace industry company ProXops. Girls were competing to create a winning mission patch design, science experiment, and essay related to space exploration.

"It’s just really exciting for me," said said about the honor. Joshi drew on her love of gardening and created a "Martian Dirt" experiment. "Since the Martian dirt isn’t suitable for growing plants, I thought that if you took some soil from the Earth and tried combining it with the soil from Mars maybe if you grew plants from there you could bring soil from here."

"I just kind of thought of it because one of the most important things is rocket engineering... including everybody is really important so I put different ages, different colored sages… different hair, different skin tones."

The winning mission patch was designed by five-year-old Girl Scouts Indiana and Golda in California. It features a female astronaut with images of Earth, a rocket and satellite. Brownie Girl Scout Maggie Ross, 8, of Deland won the essay contest where she predicted what space travel would be like in the future. 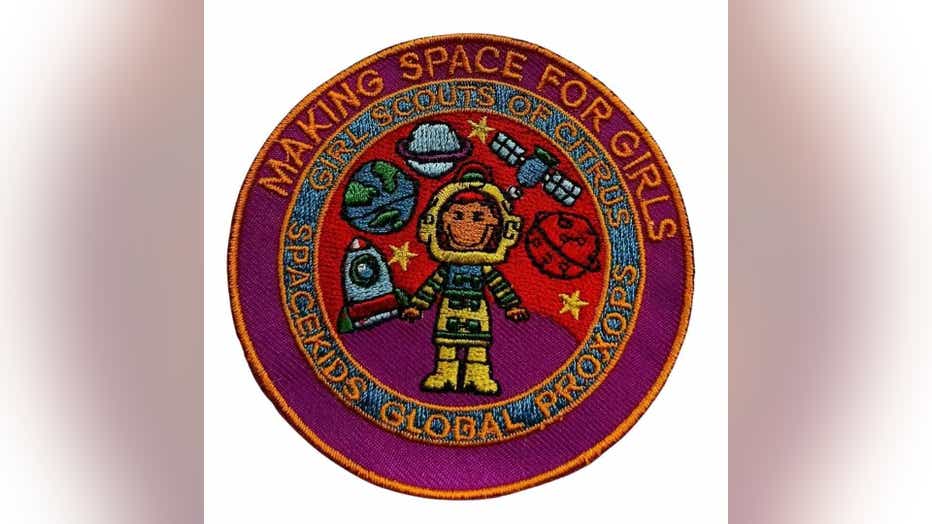 "Rocket ships will be like trains. They will [be] chained together so that many people who have dreams to go to space can go," she wrote in part of her essay. SpaceKids Global Founder Sharon Hagle said, like SpaceKids Global, the challenge is meant to inspire and empower girls to go into science, technology, engineering, art, and math (STEAM) education and jobs.

"Today, there are over 3.5 million vacancies in the STEAM fields that need to be filled by 2025 women are dramatically underrepresented in these fields."

The competition is already inspiring girls to change those statistics. Lassiter and Joshi both say they want to become astronauts and visit Mars.

"I actually want to become a NASA engineer and help build space crafts," Joshi said. Hagle, a future astronaut who has trained where NASA astronauts have trained, said, "I want kids to know that with determination and motivation, you can accomplish anything because, after all, they were the next generation of space travelers."

The box filled with the Girl Scouts projects is expected to launch into space on August 18. Some Girl Scouts have been invited to watch the SpaceX launch.